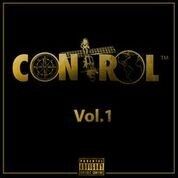 Hip-Hop collective Control Ent. have been working on many individual projects. Now, they are bringing awareness to the fact that they are a group. In an effort to introduce their fans to the crew, the emcees decided to release a 7-track compilation with each member participating throughout the project.

Control Ent. consists of God Goldin, Bigal Harrison, MMOE, Duce, Victory, and AGreen each with different styles to stand out on their own but are even stronger when they come together. The opening track “SUPREME” showcases a verse from each emcee and sets the tone for the project. The album features a verse from 3WaySlim and production from V Don among others.

Listen to the album after the jump and watch the visual for “SUPREME” as well.