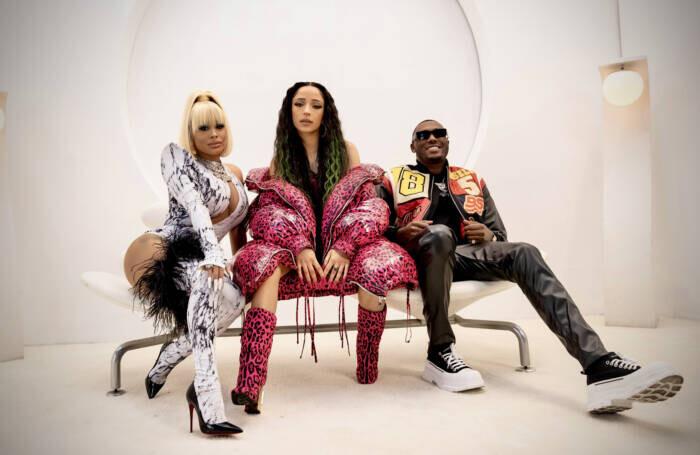 KENDY X keeps her music prowess at a high with today’s release of her debut music video to “For Me (Remix)” with heavy-hitting artists DreamDoll and Kalan.FrFr via Rose Records. Salty directs the vibrant visual as it arrives after the heightened success of the debut single from the Long Beach raised, Chicago-born songstress.

When asked about the new video coming together, KENDY X states: “It’s about me achieving my goals being an artist. Seeing is believing and, for me, manifestation is key in going after anything you believe in. You can have it all and do it all, and this is the single for my baddies who push for that.”

Distinction dazzles around KENDY X as she continues to showcase her budding stardom with her first visual effort. With a highly stylized creative concept, “For Me (Remix)” takes audiences into an alternative world fueled by dreams, desire, and luxury. DreamDoll and Kalan.FrFr both adds flavory elements as the chemistry between the trifecta forces exudes a relationship that mirrors the visual’s feel-good essence.

“For Me” is the first official debut from KENDY X tied to a quickly approaching string of new single and visual releases all to come in 2022 via Rose Records. Ambiguous of any specific genre or aesthetic, KENDY X vows that everyone will be seeing more of her swiftly as she places the final touches on her soon-to-be-announced debut project arriving in the Spring of 2022.