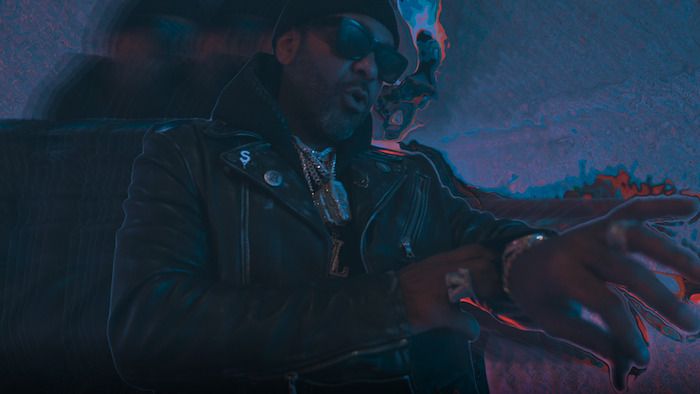 A few of the “Bad Boyz” of El Capo Deluxe unite to reflect on where they are now and those who have doubted them along the way.  Watch as Jim Jones alongside Axel Leon and Nino Man, pay homage to the late rapper Fred The Godson. “Bad Boyz” is the latest video released for the Heatmakerz-produced album.

The striking visual, directed by Jim Jones x WillC of Street Heat, is dark with multiple scenes of fire in the background creating high intensity, indicating the lyrics of the song. The track takes us back to when success was just a dream and the hustle, combined with little hope and much determination, was the norm.

Fred The Godson passed in April from Covid-19. Sleep in peace.
El Capo Deluxe is available now on all platforms.