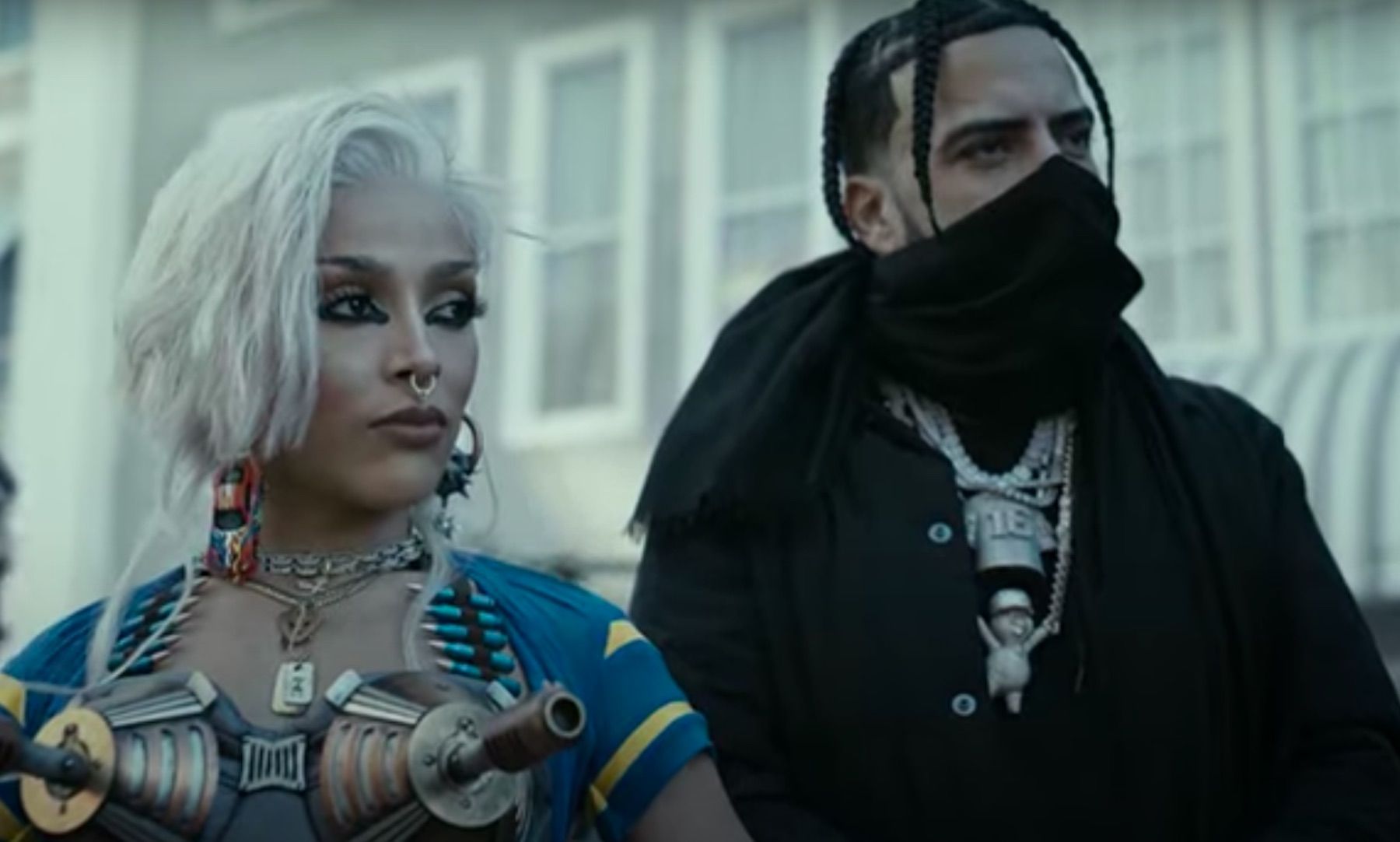 French Montana and Doja Cat throw a street brawl that’s The Warriors-meets-Terminator in the video for “Handstand,” featuring Saweetie.

Laser eyes, baseball bats wrapped in barbed wire, and Doja Cat’s machine gun bikini (watch out, Barbarella) all make for an out-there post-apocalyptic romp that sees both Doja and Saweetie asserting their dominance over the simpering men in their timelines.

The video was directed by Edgar Esteves and Jon Primo; “Handstand” comes off of Montana’s newest record, They Got Amnesia, of which Rolling Stone said: “French makes sure we never forget that his bona fides are bulletproof.” (And it’s a good thing, too, considering that killer bikini.) The record boasted talents like Drake, Coi Leray, Ty Dolla $ign with Latto, and more.

Doja Cat has been rolling in the accolades herself recently; she was just nominated for eight Grammys, including Album of the Year for Planet Her. And Saweetie’s no slouch — she’s nominated for Best Artist. This video sure has some serious firepower.