Frank Zappa’s Halloween 1981 residency at New York’s Palladium will feature in the upcoming 6-CD box set Halloween 81, the latest entry in a series of collections dedicated to the guitar great’s legendary All Hallows Eve gigs.

Zappa Records and UMe — which previously released Halloween 77 in 2017 and Halloween 73 in 2019 — will showcase three full gigs from Zappa’s five-show, four-night stand at the Palladium: Both the early and midnight gigs from Halloween 1981, as well as the November 1st concert the following night. Halloween 81, available to preorder now, arrives October 2nd.

Portions of the Halloween gigs appeared on Zappa concert films like The Torture Never Stops and within his live series You Can’t Do That On Stage Anymore, but Halloween 81 marks the first time the shows were released in their entirety, with over 70 previously unreleased live recordings, including first single “I’m the Slime” from the November 1st show:

Like the previous Halloween sets, the Halloween 81 is accompanied by a ready-to-wear Zappa-themed costume; in this case, it’s a Count Frankula mask along with a red and black cap. The box also comes packed with a 52-page booklet with rare photos from the residency and new liner notes by Zappa’s keyboardist for the residency Robert Martin, Vaultmeister Joe Travers and super fan Gary Titone, who penned a remembrance of the show.

“Halloween 1981 became one of Zappa’s most popular of all the Halloween residencies in New York City,” Travers writes in the set’s liner notes. “The image of Frank in his hot magenta jumpsuit has gone on to become an iconic one in the world of rock and roll.”

Taking place just a month after Zappa released his 1981 studio double-LP You Are What You Is, the Halloween gigs’ set lists are heavy on tracks from that album, with Zappa favorites from throughout his career mixed in. Zappa’s band at that time included veteran guitarists Ray White, percussionist Ed Mann and guitar virtuoso Steve Vai.

Martin writes in his liner notes, “All in all, the elements of sonic exploration and social commentary that run through all of Frank’s albums and tours are especially well represented in this release, perhaps amplified by the surreal aspect of Halloween and the openness of the crowd to participate even more fully in the ‘anything can happen’ experimental atmosphere that Frank lived in and personified.” 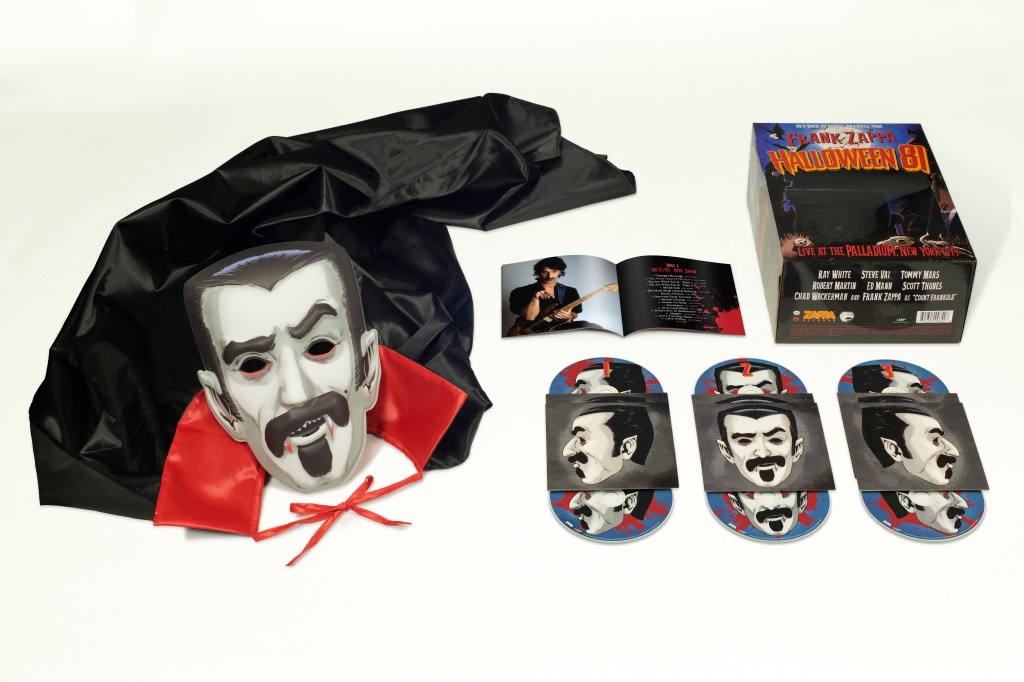 A single-disc version featuring highlights from Halloween 81 will also be released; this 14-track collection will boast an exclusive version of “Strictly Genteel” culled from the November 1st show.

Halloween 81 follows the release of the Mothers 1970 set celebrating that band’s short-lived lineup.