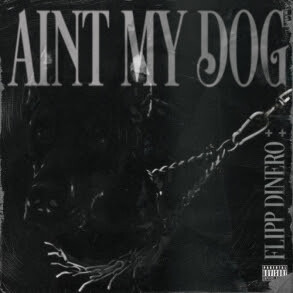 On the track, cinematic strings wrap around a skittering beat as he delivers honest, yet hypnotic verses. It builds towards a hard-hitting hook as he repeatedly warns, “You ain’t my dog.” The accompanying visual translates this intensity to the screen in a seamless fashion and illustrates Flipp’s strident star power.

Most importantly, it paves the way for more music to come from Flipp Dinero very soon.

Last year, he dropped the Table For One EP to widespread critical acclaim. Flipp has served up one anthem after another. His breakthrough banger “Leave Me Alone”  picked up a quadruple-platinum certification from the RIAA, while “How I Move” [feat. Lil Baby] went platinum. He also guested on Smoke DZA’s “Hibachi” alongside Jadakiss.

The next hip-hop heavyweight in a long line of Brooklyn, NY contenders, Flipp Dinero rose up from the Borough to the top of the charts the old-fashioned way—one anthem at a time. The Haitian-American rapper broke the internet with the 2018 smash “Leave Me Alone,” which eventually hit the Top 20 on the Billboard Hot 100 and went quadruple-platinum. Meanwhile, he lit up the platinum anthem “How I Move” [feat. Lil Baby] and 2019 project Love For Guala, bringing his total streams past 1 billion and counting.