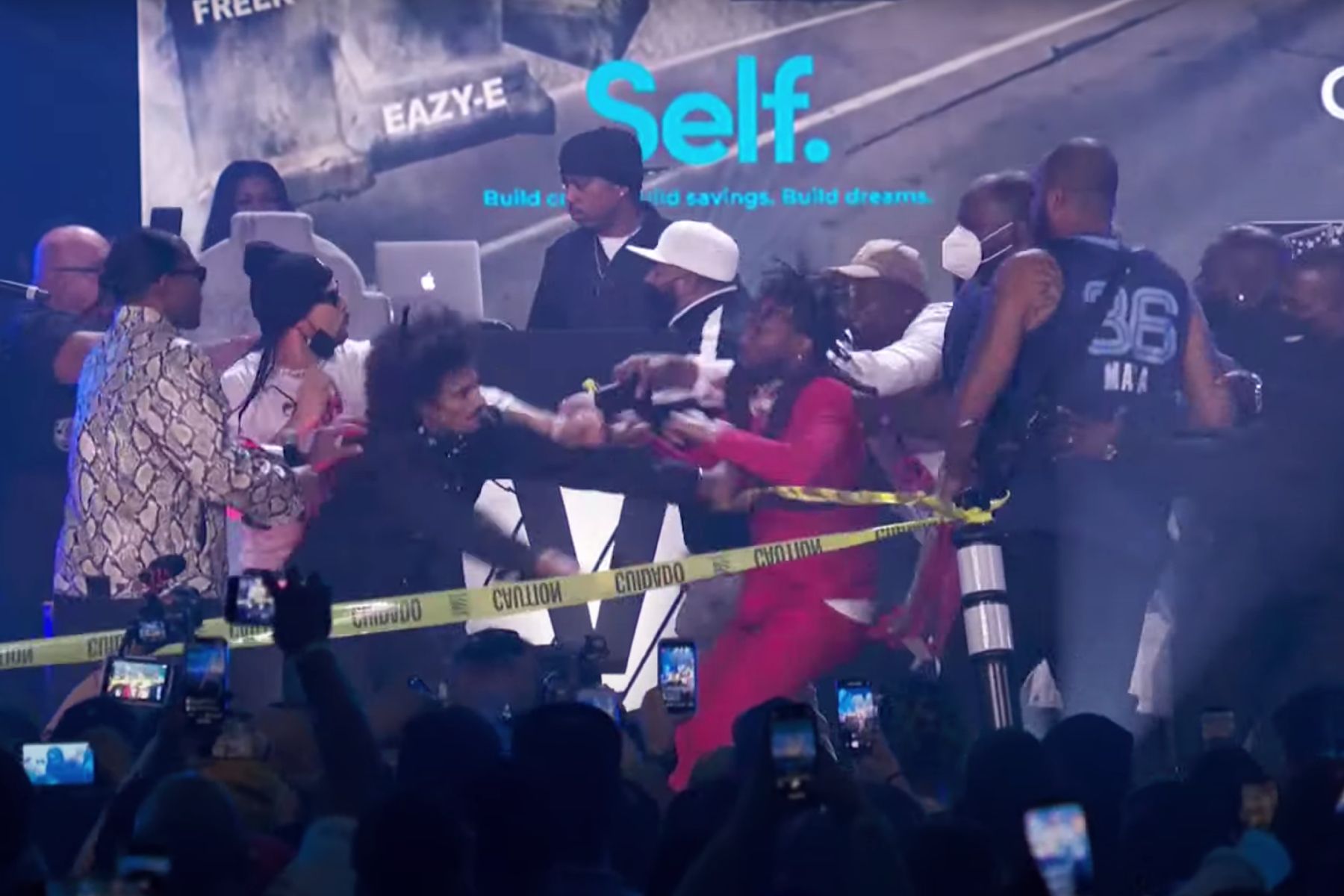 Verzuz battles are typically a friendly competition, but on Thursday in the face-off between Bone Thugs-N-Harmony and Three 6 Mafia, the music throw down devolved into a physical throw down. Apparently, Bone Thugs-N-Harmony’s Bizzy Bone did not take kindly to the “mocking” that happens during the event.

“Hey yo, hey. Before we even get started, you ugly motherfuckers ain’t fit to be mocking me while I’m on the motherfucking stage. Like straight the fuck up,” he said during the event.

More NSFW words were exchanged, some bottles were chucked, and then the group’s collided as punches were thrown.

I spoke too soon. The 3-6 fight music did work on Bizzy Bone’s stupid ass at #VERZUZ pic.twitter.com/6E8tP96xAg

Later, however, they ended up hugging it out. “I want to apologize to everybody the fuck out there, on both sides. I’m not trying to fuck this shit up,” Bizzy Bone said. “Pardon me. Let’s keep the party motherfucking going.”

Thursday’s Verzuz Battle is being broadcast live from the Hollywood Palladium in Los Angeles.