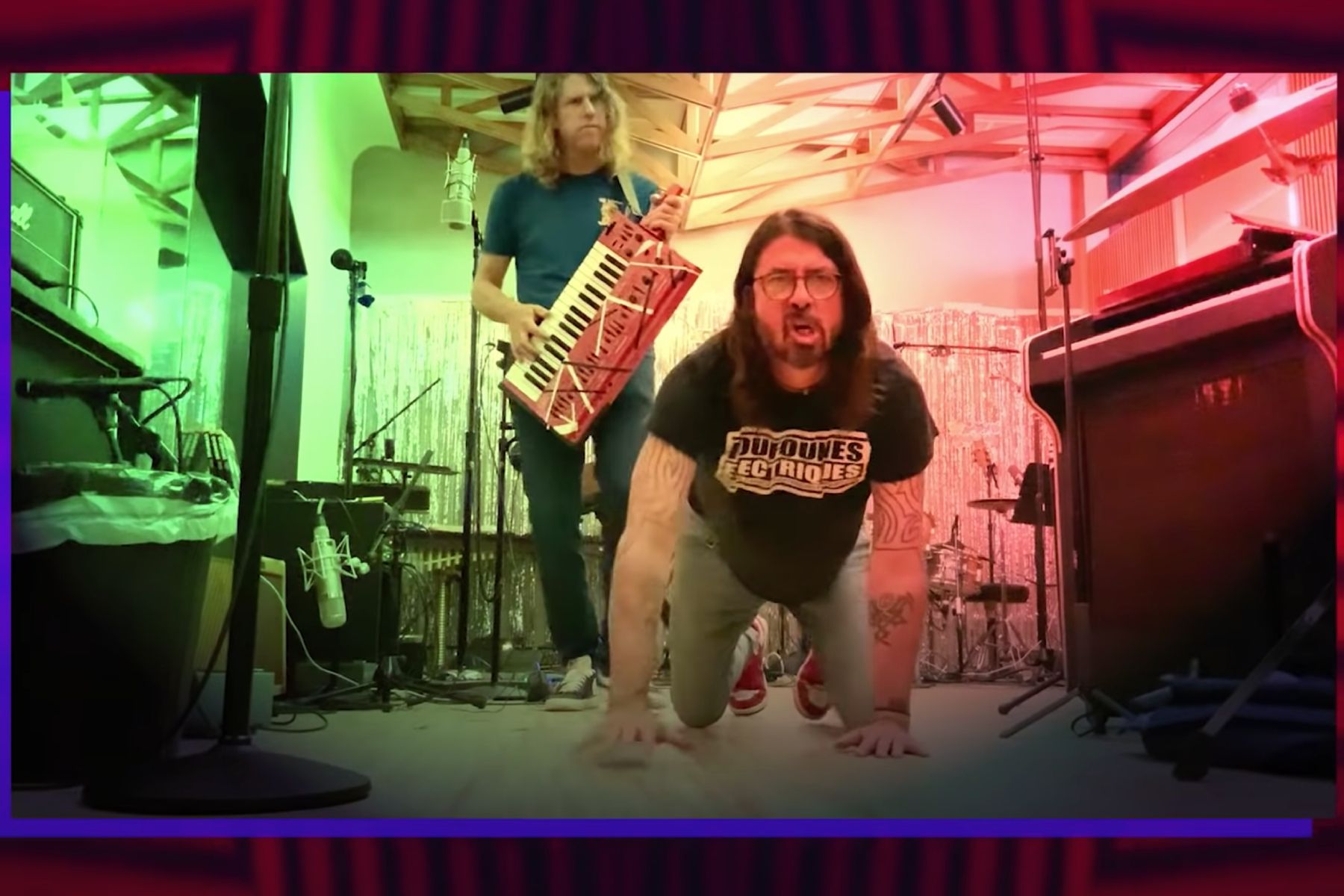 Dave Grohl and Greg Kurstin continue to have a campy good time during their “Hanukkah Sessions,” where they cover a song by a Jewish artist for each night of the Festival of Lights. For Night Four, they offer up their rendition of Van Halen’s “Jump.”

In their latest visual, the musicians imitate some of the moves from the band’s original 1984 video, complete with some synchronized leaps, Grohl crawling on the ground and both of them hamming it up for the camera. Kurstin delivers a mean keytar solo to boot.

“Quite possibly the loudest and proudest of hard rocking Jews, David Lee Roth has gone on record crediting his Bar Mitzvah preparation as his earliest vocal training,” the Foo Fighters frontman and producer captioned the video. “He became a rockstar the day he became a man: Diamond Dreidel DLR and Van Halen…with ‘Jump.'”

This year’s sessions have included their renditions of Barry Manilow’s “Copacabana,” Ramones’ “Blitzkrieg Bop” and Lisa Loeb’s “Stay (I Missed You).”

On Tuesday, Foo Fighters announced their 2022 North American stadium tour. Shortly afterward, the group said they were nixing their show at Huntington Bank Stadium in Minneapolis due to the venue not agreeing to the band’s Covid safety measures.