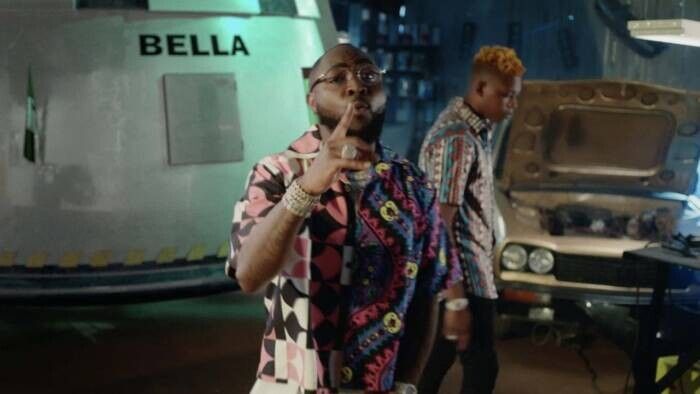 Today, multiplatinum musician Yung Bleu delivered the new music video for “Unforgiving (feat. Davido),” a standout track from his debut studio album Moon Boy. The video – directed by Dammy Twitch and filmed over the summer in Lagos, Nigeria – showcases Bleu growing up and falling in love with his childhood friend and sharing a mutual love for space. He eventually surprises her with a spaceship he built with his own hands.

Bleu’s debut offering Moon Boy also included an unprecedented array of star-studded collaborations with John Legend, H.E.R, Kehlani, Big Sean, Davido, Chris Brown, 2 Chainz, Moneybagg Yo, among many others. The album debuted at No. 12 on the Billboard 200 and No. 15 on the Rolling Stone 200, with the lead single “Baddest (feat. Chris Brown and 2 Chainz)” continuing to make waves, hitting No. 80 on the Billboard Hot 100 and racking up over 26.8M+ views on the music video since its release.

The Alabama native’s profile skyrocketed after the release of his breakout song “You’re Mines Still (feat. Drake),” which recently earned RIAA platinum certification after reaching No. 1 at urban radio and peaking at No. 18 on the Billboard Hot 100.  Altogether, Bleu’s music has racked up over 1 billion streams across all platforms.

Britney Spears Thanks #FreeBritney Supporters: ‘I Feel Your Hearts’