So how about that American presidential election? Yeah. Not the most benign conversation opener, that one. And while I know many people around the world are waiting for the cameras to come out of the shadows and tell us we’ve been punked, I’m just going to rip the band-aid off and say it out loud: It’s not a joke. It really happened. We are now living in a reality where Donald Trump is president-elect of the United States. A fact that leaves me, the wife and mother of Muslim American men, struggling to accept that many Americans voted for a man who vowed to take away my family’s (and a lot of other people’s) civil rights. The process toward acceptance is not going well. It has not been pretty. It certainly has not been easy. It probably shouldn’t be shared. Nonetheless, here is a peek into how I’m processing a world in which people I know voted for The Donald.

Just yesterday, a neighbor stopped by. A realtor my husband used to work with. He thought there was an open house at my address. There wasn’t. But I invited him in to look around anyway. As he looked we lamented the slow real estate market in our area. We asked about each other’s families. And then he expressed relief over the election outcome and said how it was an “early Christmas.”  The silence of my response was deafening and quickly became awkward. He eventually hemmed & hawed, stuttering out something about how he “was just concerned about the Supreme Court.” I said, “Oh.” There was a pregnant pause before I continued, “I was just concerned about the safety and well-being of my Muslim American family.” His eyes opened wide, but then he dismissed my concerns with, “You don’t really think that’s an issue do you?”

Oh my. This was so not going to end well. “Yes, I really do think it’s an issue,” I said. First, I told him about some of the racism my children had faced even before this election, including the times each had been called a terrorist at school and how we made a trip to the ER for stitches when my youngest son was bullied in 8th grade by ‘Christian’ kids at his school. Then, I described the vitriol that has been posted by complete strangers on my Facebook page during the election – vitriol I deleted and blocked in hopes that my children would never see it. And then, I told him how just that morning a friend of my middle child stopped for gas in Dallas and was spat on by a Trump hat-wearing, middle-aged, white man who told him to “go home.” Dallas is his home so WTF, even, does that mean? 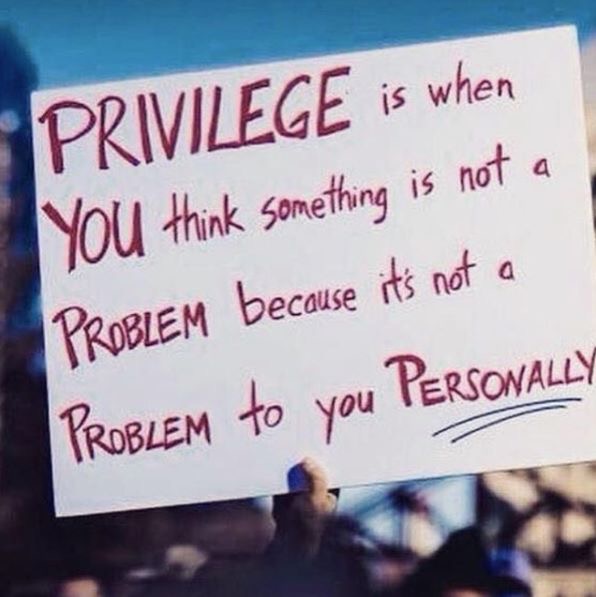 Now my Mama taught me manners so I bit my tongue, walked him to the door, and murmured something polite about the market picking up soon. He said how it was nice to see me again and then made a quick good-bye. But I was left with so much anger that I found myself bent over, hands on my knees, literally sucking in air.  I had so much I had wanted to say and just knew I would spend all night uselessly having an argument with him in my head. But instead of doing that, I decided to write down and share with you the response a less polite Marguerite would have given. If nothing else it made me feel better. If it helps anyone else work through their thoughts, that’s great, too.

“You didn’t know? … That’s your answer, you didn’t know? And you think that somehow forgives you the sin of supporting that man? Well sorry, not sorry. It doesn’t. Because you should have known. I mean, come on. You’ve known my boys since they were little. You’ve done a lot of business with my husband. We’ve been out to dinner with you and your wife. My God, you’ve even been a guest in our home.”

(My internal voice is rising and my cadence has gone full-Southern. He is in a heap of trouble now.)

“You didn’t know? You voted for a man who would ban an entire religion from your country, who would increase surveillance on Muslim American communities, and you didn’t bother to take a minute to find out how that policy would affect the lives of your friends and neighbors?”

(uh-oh. The Mom voice, accompanied by a hand on the hip, has made an appearance. Be scared.)

“Are you telling me that you traded the safety, liberty, and security of not just my Muslim family, but also of women, of immigrants, and of LGBTQ people all because of some vague worry you had about the Supreme Court? Really? Please enlighten me as to what is so threatening, exactly, about a Supreme Court that follows the Constitution and protects the individual liberties of ALL Americans, including white men, people of color, women, the disabled, immigrants, and same-sex families? How is equal protection under the law such a threat to you and your liberties that you willingly chose to throw almost 50% of your fellow citizens under the Trump train – and to knowingly overlook Mr. Trump’s adultery, fraud, alleged sexual assaults, misogyny, tax evasion, etc, not to mention his known bigotry against Muslims and immigrants?”

“Bless your heart.” (From a Southern lady, these words are a red alert.) “But of course you knew. You KNEW all about Trump. And voted for him anyway. You knew exactly what you were doing and getting with your vote. And you didn’t care.”

“You knew his policies were biased, you knew they would harm immigrants and Muslims, but you didn’t care because they wouldn’t affect YOU. So just stop with the ‘we didn’t know’ crap. YOU KNEW.  And for now, I need you to own that. All y’all just need to man up and own your willful disregard for us, your fellow citizens.”

“Admit that you voted for a man who explicitly promised to work for, and protect only 50% of the country. And that you did it because you were in that 50%. Now call me silly, but why would I ‘come together and work for the success’ of an administration that considered me expendable before it ever took power?”

As you can see, it’s not pretty and I am nowhere near acceptance. Grief, bitterness, and suspicion still color all my daily interactions. But here is what I do know: any person who incites violence and hatred while dismissing misogyny, bigotry, cruelty, intimidation, and racism? That person is #NotMyPresident and never will be.