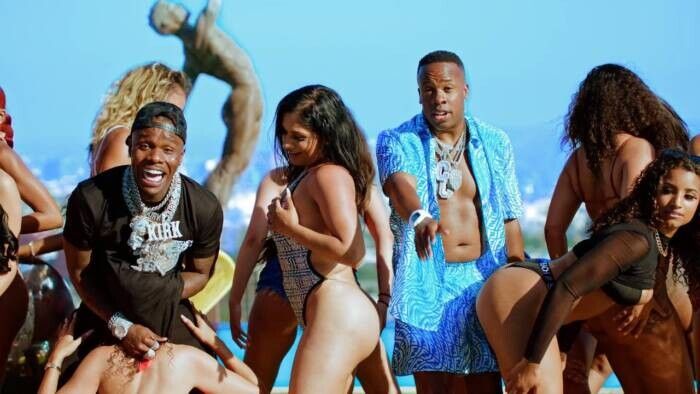 Today, Yo Gotti unveiled the music video for his new summer anthem “Drop (feat DaBaby),” which you can watch here: https://youtu.be/vj70ToWij84.

The visual – which was directed by Arrad – shows Gotti and Baby popping bottles of Ace of Spades and D’USSE Cognac at a pool party while celebrating with beautiful weather and women who are donning the Memphis mogul’s CMG logo. The music video follows the initial release of the song, which was produced by J. White Did It and is available to stream on all platforms HERE.

The new music releases cap a banner week for Gotti, whose CMG record label announced a partnership with Interscope Geffen A&M, where both organizations would collaborate to continue developing the careers of CMG’s successful roster of artists, including Moneybagg Yo, 42 Dugg, EST Gee and many more.

The partnership has already resulted in resounding success for CMG, considering both Moneybagg Yo and 42 Dugg currently have albums in the Top 10 of the Billboard 200 charts at No. 5 and No. 8, respectively. Bagg earned his first-career No. 1 album with the release of A Gangsta’s Pain while Dugg made his first-ever Top 10 appearance on the albums charts with the release of Free Dem Boyz.

“Drop” marks Gotti’s first solo single release of the calendar year and since December 2020, when he previously unveiled his festive single “Wish List” for the holidays.