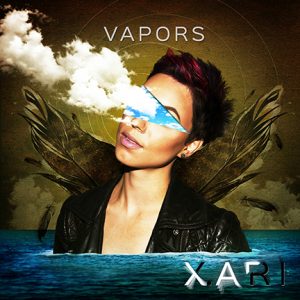 LA alt-pop artist X. ARI is gearing up for the release of her second EP Dis-Order, and has given us a sneak peek with her new single “Vapors.” As uplifting as the song sounds – and it does sound super uplifting – it’s actually about a completely toxic relationship. The song’s production & overall vibe makes you want to cruise down PCH on a 75 degree sunny day. When you dig deeper into the lyrics, it makes you feel for the people involved in the self-destructing relationship she’s singing about.

“Their relationship is a bad habit that is as toxic and short-lived as a lit cigarette,” the Canada native explains. “Both partners are addicted and know it’s unhealthy, but they refuse to let go.”

In October 2017, X. ARI launched her two-fold Pain Into Power Campaign, starting with her single “Cattle Call.” The campaign is highlighted by her short film Grace, which is directed by CFC Alumni Dan Abramovici (Netflix’s Ben’s at Home). The film features music from her debut EP Dis-Order and chronicles a father going through severe depression through the eyes of his seven-year-old daughter. The second part of the campaign is highlighted by Dis-Order, which features 6 tracks, including singles “Cattle Call” and “Vapors,” that dive into various aspects of life, love, loss, and most importantly – struggle.

Fans of Teenage Dream-era Katy Perry will definitely get their fix with “Vapors.” Expect more new songs from X. ARI this spring, along with more from her Pain Into Power Campaign. Listen to “Vapors” below.