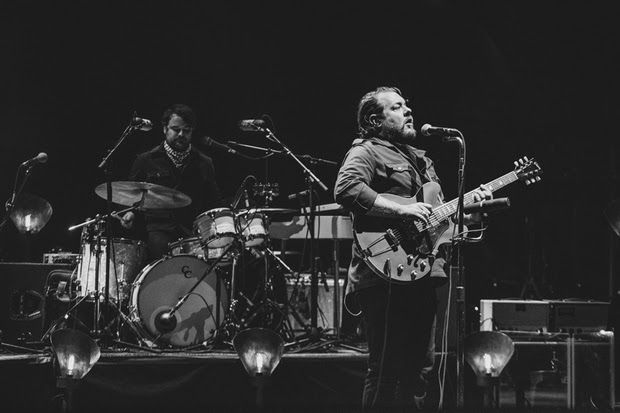 Nathaniel Rateliff has previewed his forthcoming album Red Rocks 2020 with a live music video for “All or Nothing.” The clip was shot at Colorado’s Red Rocks Amphitheatre during the pandemic, where Rateliff performed for 125 fans in the 9400-capacity venue.

Red Rocks 2020 is set for release on July 16 via Stax Records and includes 18 tracks performed live at Red Rocks during Rateliff’s series of socially-distanced shows. The album is available for pre-order here.

Red Rocks 2020 features a range of music from Rateliff’s career, including several tracks from And It’s Still Alright and his previously released solo albums—In Memory of Loss, Falling Faster Than You Can Run and the Shroud EP. The musician also recorded “Still Out There Running,” a track from The Night Sweats’ 2017 album Tearing at the Seams. Rateliff’s close friend Kevin Morby, who was set to open the cancelled Red Rocks dates in August 2020, joins him for a duet on Leonard Cohen’s “There Is A War.”

Following his canceled 2020 tour, Rateliff will reassemble the Night Sweats for a summer and fall tour this year. The tour kicks off July 20th in Charlotte, North Carolina, and runs through mid-October, with an array of rotating special guests. Marcus King Band, Delta Spirit, Tré Burt, Bahamas, and Margo Price — with whom Rateliff recently taped an episode of CMT Crossroads — appear on select shows.

Rateliff and company will also join Willie Nelson and the Outlaw Music Festival Tour for two shows on September 22nd and 24th in Georgia and Maryland, respectively; and play the Mempho Festival in Memphis, Tennessee, on October 2nd.