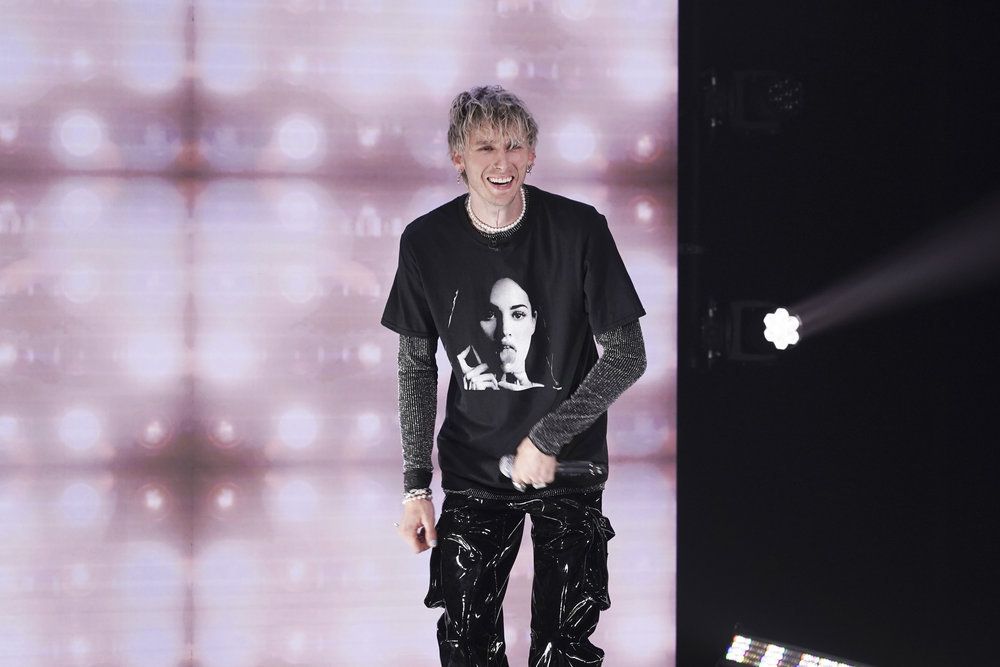 Machine Gun Kelly stopped by The Tonight Show to showcase his auto-tune abilities alongside host Jimmy Fallon. Fallon challenged the rapper to game called “Auto-Tune Up,” where the pair livened up a series of boring things with the help of the vocal distortion program.

In the clip, Machine Gun Kelly (who wore a photo of Megan Fox on his shirt) took to the stage to auto-tune a “Nextdoor post about crows” and a “Yelp review of a body piercing shop in Idaho.” “I feel like I for sure have got my body pierced in Idaho,” Kelly noted when the second one popped up.

The musician also sat down with Fallon to discuss his upcoming film, The Last Son, which is out December 10th. During the chat, Kelly also discussed falling off the Saturday Night Live stage with Pete Davidson and the ridiculous ways he’s tried to impress Fox.

Kelly, who stars in The Last Son alongside Sam Worthington, has had a busy fall. Beyond making headlines for his public antics with Fox, the musician released a graphic novel, Hotel Diablo, in September.

The book is based on MGK’s 2019 album of the same name, and he co-wrote the comic with Eliot Rahal and Ryan Cady. The story centers around the titular “Hotel Diablo,” a kind of purgatory where “your deeds in life are the keys to eternity in the afterlife.”

He was also booed during his performance at Louder Than Life Festival after a week of beefing with Slipknot. The crowd reaction came after Kelly launched into a tirade at Chicago’s Riot Fest against Slipknot — who were playing at the same time on a neighboring stage — calling the group “old weird dudes with masks.” It was later revealed that there was some residual animosity over a nixed collaboration between MGK and Slipknot’s Corey Taylor.