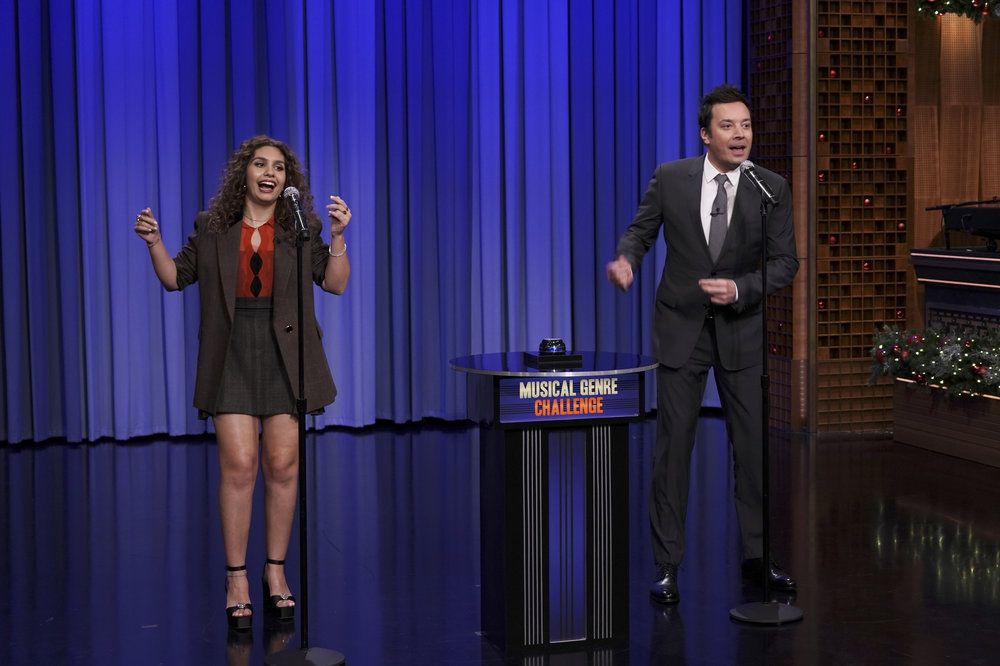 Alessia Cara stopped by The Tonight Show to promote her new rendition of “Jingle Bell Rock” and took the opportunity to participate in the late-night show’s musical genre challenge.

In the clip, Cara and host Jimmy Fallon take turns transforming songs like BTS’s “Butter,” Doja Cat’s “Kiss Me More,” and Justin Bieber’s “Stay” into new genres. Fallon also gives the Spider-Man theme song a redux in the style of British invasion. Cara’s take on Bieber’s “Stay” is the highlight as she transforms the pop tune into a jazzy swing number with Fallon’s help.

Cara also sat down with Fallon to chat about her new holiday song, “Jingle Bell Rock,” released earlier this month. “I tend to gravitate toward super melancholic songs and Christmas songs tend to be a little bit sad,” the singer said. “But this one felt like it was really jolly and happy and that’s kind of what we all need.”

In September, Cara and the sister trio the Warning released a video for their rendition of “Enter Sandman” off The Metallica Blacklist album. The covers album, which culls songs from The Black Album, arrived alongside a 30th-anniversary reissue of the 1991 classic.