A block away from the bustle of London’s Carnaby Street, a new yellow storefront acts as a portal to Jack White’s vintage Americana. The red tin ceiling, the rows of vinyl and the 1950s recording booth evoke White’s Nashville home. But it’s the glimpse of a classic U.K. telephone box, which is nestled by the door and plays secretive recordings of White’s voice, that reveals Third Man Records is trying out a British accent. The intimate store, dubbed Third Man Records London, opened Saturday and was built out in the former site of a lazaretto, a historical flourish that plays deeply into White’s mythology.

The retail store and music venue is an addition to the brand’s Nashville and Detroit stores, marking Third Man’s first location outside the U.S. It also sets the stage for Third Man to expand its record label in the U.K. and Europe.

“London feels really personal to me and to Jack,” Third Man co-founder and co-owner Ben Swank tells Rolling Stone. “It’s where the White Stripes really first were appreciated in a wider way. They broke over here first. I lived here for a little while and we just love this city… It’s always been kind of understood that if we did a third location, this would make the most sense. It’s just felt very personal to [Jack] and I think he wanted to do something to show that respect to the city.”

Third Man Records London, located on Marshall Street one block away from the iconic Carnaby Street, features two levels of retail alongside the Blue Basement, a 60-person venue that will be used for both ticketed concert and secret underplay shows. White personally designed the space, which brings touches of his American roots into the city, including a 1950s vinyl recording booth from Nashville. (White also personally refurbished the shop’s till, also shipped from Nashville.)

While the space is small, there’s a strong emphasis on unique detail. Downstairs, fans will discover a “Literarium,” a book vending machine created by Toronto-based artist Craig Small. It’s only the second of its kind in the world, dispensing small books at random with the insertion of Third Man tokens. Those tokens, also used to purchase time in the recording booth, feature the visage of actor Dick Van Dyke, the quintessential American trying to be British.

“I love the possibilities of [the Literarium],” says Swank, who also runs Third Man Books with editor Chet Weise. “We could get excerpts from writers we like or ask them to do a unique essay. I love the utter chaos of the randomness of it, for readers to be surprised by something they’ve never heard of before. It’s always going to be restocked and revolved. There’s always going to be new things in there.”

White and Swank first began pursuing the idea of a London shop last January, shortly before the pandemic hit. They hired Camille Augarde, previously of Rough Trade and Fat Possum, to oversee the shop and record label. While the store might have opened its doors in 2020 if not for lockdown delays, the team says that now’s the right time for Third Man to welcome the London public, particularly as England currently has no coronavirus restrictions in place. (While London is fully open, with no present mandates on masks or vaccines, Third Man will require vaccination against Covid-19 to access shows in the Blue Basement.) 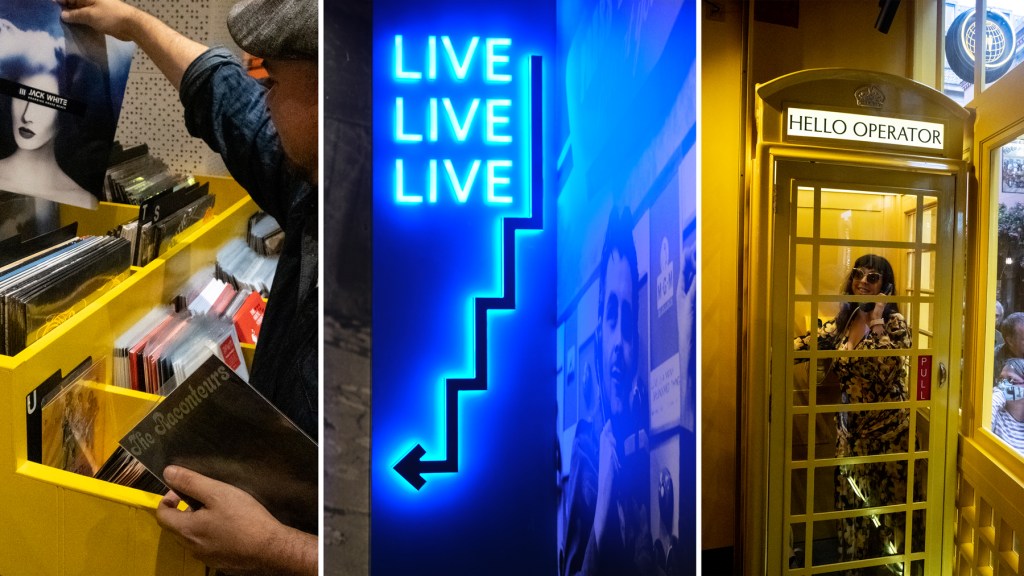 “We’ve accidentally had a really long time to roll it all together because of the pandemic,” Swank notes of the store. “I think it’s fortunate because it’s just started to open up over here. The timing is actually really good.”

“It’s been really interesting trying to set something like this up during the pandemic and not being able to travel,” Augarde adds. “The initial idea was for Ben and Jack and everyone who have all played a massive part in the design of it to come over and oversee a lot of it. And obviously they haven’t been to. It’s 80 percent been done over video.”

As a record label, Third Man is known for its limited edition vinyl releases and reissues alongside albums and EPs from the label’s own signees. That vision will continue in London, but with more of an emphasis on up-and-coming artists from the U.K. and Europe.

“We do well in the States with our artists, but I just don’t think we’ve had enough broadband to take on that sort of expansion,” Swank explains. “We’ve largely been relying on our distributor here, who are great. It felt like we needed somebody to be that point person [in London].”

Augarde adds, “As well as spreading the word about our U.S. artists we’re really keen to give a leg up to some U.K. and European ones as well. For it not to be just a U.S. label and to be a worldwide one as well.”

For the opening of Third Man Records London, Third Man has tapped several U.K. artists to create vinyl offerings that will be available in black vinyl globally and on limited edition yellow vinyl in the Soho shop. These include previously unheard and new recordings from Paul Weller, David Ruffin, The Jesus & Mary Chain, Cornershop, The Raincoats’ Gina Birch, and The Magic Roundabout. The store will also sell exclusive collaborative merchandise, like a Bella Freud merino knit sweater and a Rockins scarf. 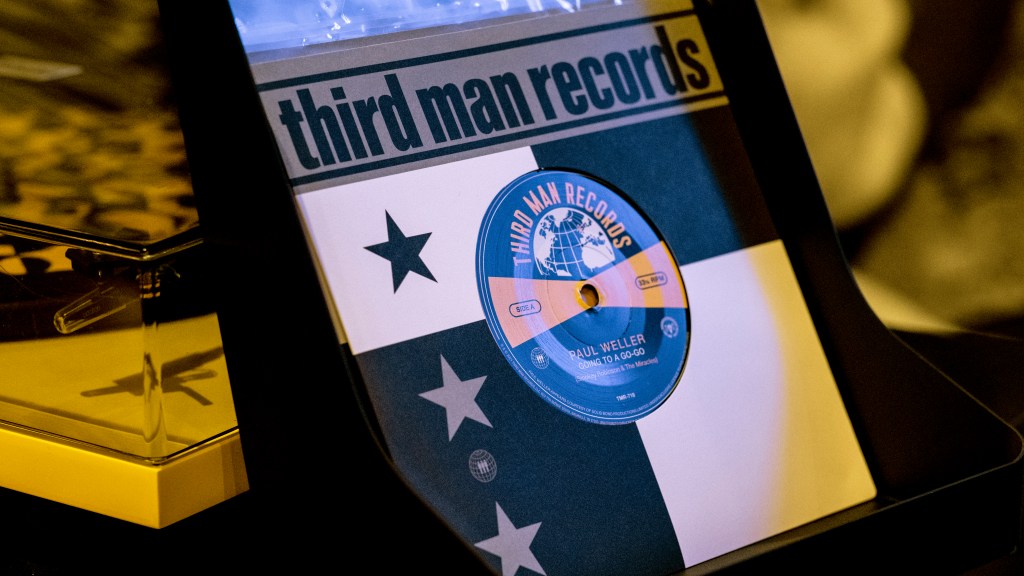 “We’re actually small enough where if it turns people away then it’s fine,” Swank adds. “The attitude over here is different than in America, so it’s a hard talking point, but I don’t mind offending non-vaccinated people.”

Since Third Man Records opened its doors in Nashville in 2009, White and Swank had have numerous discussions about how the label and its retail spaces could continue to expand. Detroit opened in 2015, with its pressing plant added on in 2017, but there are no concrete plans beyond London. Swank says he imagines there will be more global retail spaces in the future (Tokyo is a bucket list possibility). Ultimately, Third Man Records wants to welcome every sort of music lover, especially those who might be otherwise too intimated to go into a record store.

“When we first started, like 12 years ago, the goal was really to get people off their butts and into a brick and mortar store,” Swank says. “To stop buying things online all the time. In-person conversations are how culture grows. I think record stores and bookstores are where culture is spread in a city. They’re super valuable that way. When we first started off it was a lot of just Jack White fans and we’re now in a place where we don’t know who all the fans are.

“It’s been really successful having these unique physical spaces and getting people interested in the idea of not only Third Man but records in general,” he adds. “We’re trying to re-contextualize it so it doesn’t just seem like a strange antique in your grandmother’s house.”