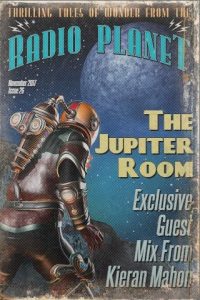 November’s show features a guest mix from electronic producer Kieran Mahon who turns in an atmospheric, minimal and drone-heavy mix. His use of space, samples and shadowy soundscapes creates an immersive and ambient trip.

Kieran‘s own compositions are built with textural layers of sound reminiscent of 1970’s Tangerine Dream evoking the haunted and bewitching dream-weaving of Phaedra and Rubycon. Often composing 15, 20 or 25 minute odysseys, Kieran formulates sonic journeys into the oscillating realms of fog-shrouded found-sounds to weave hypnotic and eerie constructions. Pretty much eschewing drums and beats he uses the pulsing arpeggios instead to give his tunes their hypnotic rhythms. Perhaps better suited to late-night headphone listening, the images conjured and inspired by his music are panoramic and immersive, often forays into deep space and sweeping through astral cloud nebulae. There is an otherworldly feel to his music, like a transmission heard in the distance, whipped away by the wind and thrown and twisted into distorted shapes.

His output has been prodigious over a relatively short space of time, taking in stand-alone tracks, EP’s and albums. Selected highlights include:

Radio Astronomy from 2015 demonstrates his depth of sound and vision, creating vistas of ambient synths and spectral guitar lines that he blends in and out of the narrative to create pulsing drones of experimental noise. It is music for dusk, enveloping the listener in a cocoon of deep space atmospherics and sparse, heavily treated electronics.

Scanning explores his fascination with radio transmissions interlacing radio static and guitar feedback with found-sounds to create a medley of spectral utterances. There are moments of hypnotic dissonance among the atmospheric and disquieting white noise and slow, somewhat foreboding melodies.

2017’s Jupiter Transit opens with arpeggiated synths and mysterious space drones. Throughout Kieran uses spiraling synths to build a wall of looping kosmische melodies that shimmer and bend over humming bass. It is a gloriously heady trip of eerie psychedelia as the music seemingly spins in and out of consciousness over its three parts.

Controlled Online Hallucination shows elements of 1980’s ambient synth and has a very retro-like vibe, edging his music closer to the soundtrack compositions of John Carpenter or Tangerine Dream.

It is well worth your time visiting and exploring his remarkable back catalogue on his bandcamp page (much of it available free), there is so much to see, hear and feel. On the back of this journey into his realm, The Jupiter Room asked Kieran some questions about his background, inspirations, modus operandi and future projects: 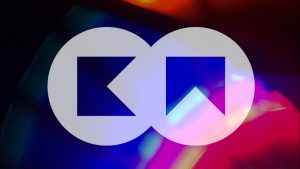 The Jupiter Room: Hello Kieran, tell us about yourself.
Kieran Mahon: I’ve been a musician for a bit more than 25 years. I have been making electronic music for about 7, so I still consider myself a complete beginner in this area.

What is your earliest musical memory?
I reckon it is from when I was about 4. I have a pretty vivid memory of Prince Charming by Adam and the Ants on TV – I assume on Top of the Pops. I found it quite scary as it goes.

What did you grow up listening to?
The music that got played at home when I was a child was Dire Straits, Supertramp, Queen, Eric Clapton. No credibility points there!

At school there was a lot of Pink Floyd, Led Zep and the like amongst my friends. I went through all the most obvious teenage music from my era: G’n’R, grunge and of course Britpop – which even though I scoff at now, did create the link to loads of cool 60s music and that is when I really grew up as a listener and a record collector. I probably developed most when I started listening to dance/indie crossover stuff – Chemical Brothers, Primal Scream and the like. That opened up a lot of doors, particularly to house music as well as dub, wider ranging electronic stuff and Krautrock. I remember bringing 3 Can LPs home one day when I was about 20 and having a palpable feeling of “Hang on, I’m getting into something here…”. Another massive moment came a few years later when I sat at home with some jazz records that I’d owned for a good while. Somehow I was hearing it properly, it was making total sense. Shortly after I realised I’d accidentally knocked all the treble down on my mixer and had been listening to pretty much just bass for hours. That’s what it took for me to hear things right – I’ll never forgot that.

Where do you draw your inspiration from, both musical and non-musical?
La Monte Young had an instruction on a piece, “Draw a straight line and follow it”. That has gradually become my complete ethos. I follow it with almost everything I make. It resonates with me completely.

There’s always a thing that I am bang into at any one time and that will surface in what I am making at that point. I am not patient or skilled enough to accurately copy things, so it always ends up being my version of events, even if I have pinched the idea. I suppose that is a good thing really.

Very often I will be inspired by something I have read or watched and this kind of permeates the music I’m making at the time. If that catches on then it ends up being a themed release such as the Radio Astronomy album or the Mirrors Lenses Echoes Projections EP. 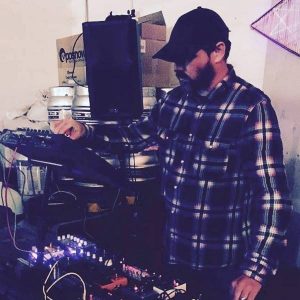 Tell us about your studio setup. Is it all hardware or do utilise DAW. How does this setup differ from your live rig?
I use pretty much the same equipment for both composing/recording and playing live, just in different measures. It’s a about a 60/40 split between hardware and MIDI/soft synths. I don’t have a fixed music making space, so my home situation is generally about using headphones and with as little equipment out at once as possible. I rarely make a piece only using one DAW – I feel that they all have different good points.

Live I am making a big effort to move away from laptop use because I feel it makes the palette on offer too big. I like to be limited live and to make myself get the absolute most out of things. Earlier this year I did a gig with a rig like Rick Wakeman and it was awful in hindsight. Loads of faffing around just because the options to do so were there. Some equipment was set up and hardly used at all. It was nonsense.

Which medium(s) do you think suits your music best; vinyl, CD, tape, digital or other (8 track, wax cylinder, Isolinear optical chips….)
The stuff I’m making at moment, I would love it to be on vinyl one day, or physically released one way or another. I just think that adds the proper value to music and gives it the best chance of being listened to well.

However, when all is said and done, I think it is best heard live.

Tell us about the mix you’ve done for The Jupiter Room.
I really enjoyed making it. It is quite a personal set. Many of the pieces are ones I love very much, not just tunes that fitted the mix. I was very proud to get through the hour with no drums at all. 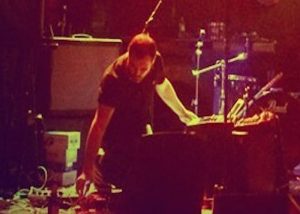 What are you listening to at the moment/who should we be checking out?
Constants like Ornette Coleman, Alice Coltrane, John Coltrane, Sun Ra, Butthole Surfers, early/mid Tangerine Dream and Klaus Schulze. From my musical friends network you should check out: IKJoyce a superb modular synth master (feat. in my mix); James Lowe – he makes amazing modular soundscapes and allows his synths to go into otherworldly places; Me, Claudius – mind-blowing stuff that I am not even going to describe – just listen to it.

Describe your music in three words.
One long intro.

Is there a particular time of the day or night when you are more creative/productive?
It was mornings, but they are filled up nowadays. Really I just try to be productive whenever I can. I have developed a pretty good skill for grabbing a spare moment. A significant amount of my music is made in the kitchen whilst I wait for pasta to cook.

Do you compose quickly or do you spend hours tweaking and finessing your tunes?
Bit of a rubbish answer, but both really. I made a piece called Fundamental earlier this year that took absolutely HOURS to complete. The Controlled Online Hallucination EP in contrast was made so fast that I had to double check I’d actually finished it before releasing. Arranging always takes way longer than actual composing for me.

If you could make music history, how would you do it?
I’d like to win X-Factor.

What are you currently reading?
Right this moment I am reading a play called Ceasefire Babies because I am teaching it at work. In my leisure time I have finally got around to reading the John Cage and Morton Feldman Radio Happenings transcripts – which are really interesting, however I can’t help but laugh at them too sometimes. 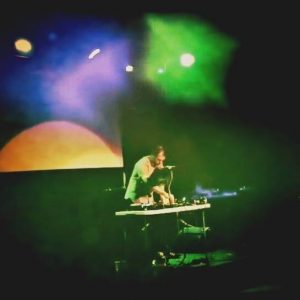 What’s next for Kieran Mahon? Where can you see you sound developing? When are you playing live next? Is there a new release in the works?
I want to move over eventually to recording entirely live and leave behind the world of track by track MIDI related stuff. The less I am clicking a mouse the better. I’ve got material finished which I am excited about (an excerpt of some of this stuff is in my mix). I hope it will be released in 2018. I’ve started work on some new music just recently and it will likely be a self release either at the end of 17 or early 18. I’ve had a reasonable year gig wise, playing some excellent events.

My main thing for 2018 is trying to play live more frequently and hopefully further afield than London. Anyone reading who can get me a gig…get in touch!

This show was originally broadcast on Thursday 30th November 2017  via Fourculture Radio.

Tiësto, of All DJs, Says It's "Time To Go Back To The Basics" of EDM