The Flaming Lips have announced their New Year’s Eve shows for 2021. The Oklahoma City psych-rock band will perform a pair of concerts at the Caverns in Pelham, Tennessee, on December 30th and 31st.

The concerts, which go on sale July 13th at 11 a.m. CT, mark singer Wayne Coyne and the Flaming Lips’ return to the underground natural amphitheater after first playing the venue on New Year’s Eve 2018. During that performance, the group released balloons filled with confetti to be pierced by the cave’s jagged ceiling.

The announcement of the Flaming Lips’ New Year’s concerts cap an unpredictable year for the Caverns, which moved shows above ground to a quickly built amphitheater during the pandemic. The outdoor venue kicked off with four socially distanced shows by Jason Isbell in 2020 and recently hosted a similar concert by Margo Price.

“The story is how in a pandemic, during a really tough time, you can reimagine what the experience could be,” Todd Mayo, the founder and operator of the Caverns, told Rolling Stone earlier this year during an interview for his inclusion in the Future 25 list. “If there’s human beings on this Earth, they’ll be coming to see music in the Caverns 10,000 years from now,” he said of the subterranean venue’s longevity. “It’s not going anywhere.”

In addition to the Lips’ concerts, the Caverns has shows by Umphrey’s McGee, the Mavericks, and Bruce Hornsby on its 2021 concert calendar. The Flaming Lips announced their 2021-2022 tour in May, which kicks off August 20th, in Ogden, Utah. 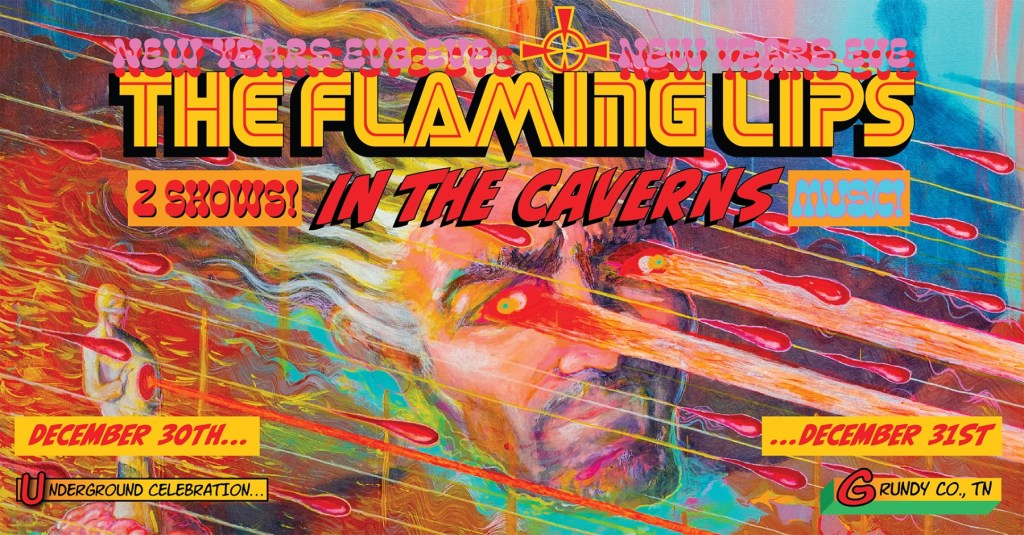 M.I.A. is giving herself her own flowers on her latest single, “Beep,” set to appear on

‘Futurama’ Producer: Coolio’s Voice Will Appear as Kwanzaa-bot in ‘Best Send-Off We Can’ Give

Before his death on Wednesday at age 59, Coolio had been plotting his grand return to

Arctic Monkeys stopped by The Tonight Show to perform their latest song, “Body Paint.” The rock