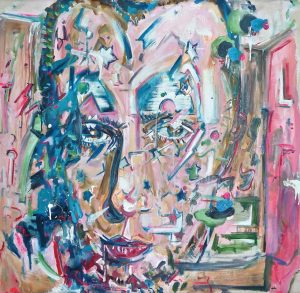 Word has reached us that we have lost another gem of the art underground. A provocateur by simply being himself, Walt Cessna was so very Correct. If you had the pleasure of knowing or working with Walt you would know all about this Correctness he speaks of.

Walt Cessna was pounding the pavement of the underground long before and after many. Starting out in the publishing business when only a teenager, he was a true club kid, a zine entrepreneur, an out-of-the-box stylist, and a friend to many lurking within the dark gritty corners of ART. Known to us at Fourculture for his raw (truly Correct) photography and from his book FUKT 2 START WITH, Walt  has certainly left his mark on history and on our hearts.

I played Truth or Dare with Walt Cessna in April 2013’s Fourculture Magazine. He then joined me on my radio show, The Fabulous D Show, in June of that year for a fiercely fabulous talk. Read and listen below. Our talks speak volumes and I was fortunate to experience all that … Correctness.

Listen to The Fabulous D Show interview with Walt on SoundCloud.

Read my interview with Walt in Fourculture Magazine.