Brothers Chris Robinson and Rich Robinson were gearing up for the Black Crowes’ 2020 reunion tour and the celebration of the band’s 1990 debut Shake Your Money Maker when the pandemic hit. While the full-band tour was delayed until this summer — it kicks off July 20th in Nashville — the Robinsons did sneak in an acoustic duo club tour. On Friday, the siblings announced a new concert film that captures one of the shows on the stripped-down run.

Titled Brothers of a Feather, the movie documents their March 6th, 2020, gig at the Chapel in San Francisco where they played Crowes hits like “Jealous Again,” “Thorn in My Pride,” and “Remedy.” The Robinsons also performed a stark, soulful version of the Shake Your Money Maker ballad “She Talks to Angels,” premiering on Rolling Stone in an exclusive clip from the film.

Hear the Black Crowes Look Back at Their Debut, 'Shake Your Money Maker'

Brothers of a Feather is part of “The Coda Collection,” a subscription streaming offering featuring an exclusive, curated selection of music documentaries, concert films, and episodic series spanning decades and genres. The Coda Collection is available via Amazon Prime Video and is paired with a complementary website exploring new perspectives on music. Brothers of a Feather is streaming now.

Along with the new concert film, the Coda Collection is streaming three other Black Crowes films. Live at Landgraaf 1990 and Live at Landgraaf 1993 showcase the Georgia band onstage in the Netherlands, while the Amsterdam Sessions follows the group as they perform tracks like “How Much for Your Wings” at a studio in Holland.

The Black Crowes’ Shake Your Money Maker Tour finds the band — including bassist Sven Pipien, a member from 1997 through 2015 — playing their debut LP in its entirety, along with other hits from throughout their career. The tour begins with two dates in Nashville this month and runs until September 25th, where it concludes in Bethel, New York. L.A. rockers Dirty Honey, who released their debut album in April, open. 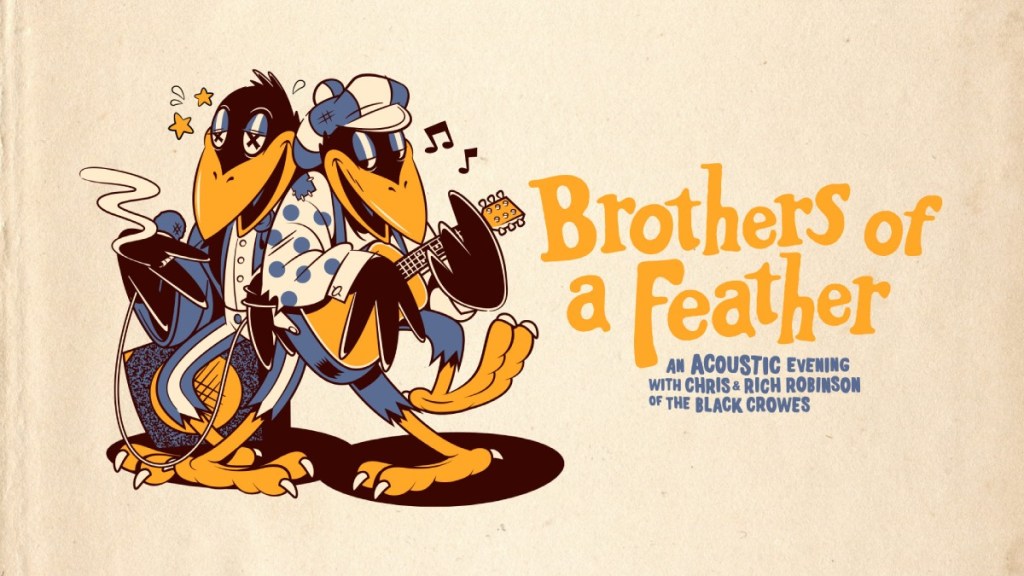