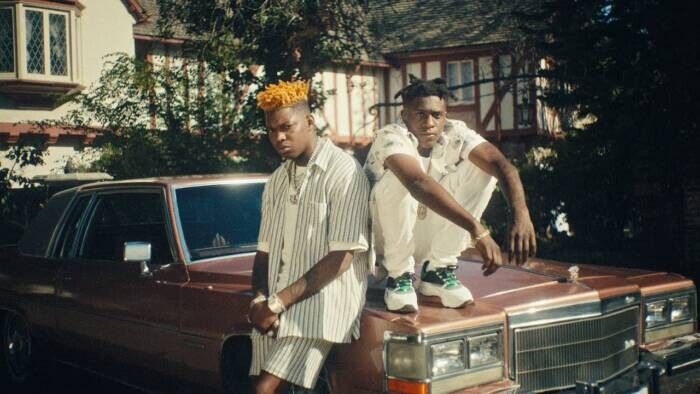 Taleban Dooda‘s nimble flow and honey-pure tenor have won him a large and growing fanbase in his native Tampa and beyond. Connecting with Yung Bleu for a romantic highlight from his debut album Fallen Angel, Dooda shares “More Than Average,” his new music video. The song gets its power from the interplay between Dooda’s verses and Bleu’s smooth hook, both emcees touting their street bonafides as they discuss how they spoil their significant others. In the video, Dooda and Bleu kick back in a Gothic southern mansion with two beautiful women and boxframe muscle cars.

Taleban Dooda has been steadily building a loyal fanbase over the past year, displaying a natural melodic ability that helps him stand out among street rappers in Florida and beyond. He scored street hits in the first half of the year with  “Tru Colors” (included as a bonus cut on Fallen Angel, the song has over 3 million total streams) and “2 In Da Morning” (1 million views), and turned heads in the fall with standout singles like “Dis Dooda,” which Vice named as one of the 24 Best Songs of September. Dooda recently told his story in a Noisey Next feature with Vice, touching on what it was like growing up in Tampa and his musical inspirations.

With Fallen Angel, Dooda takes his latest step towards establishing himself as a major player in the Southern scene. At just 19, and with tens of millions of streams in the bank, this is just the beginning.