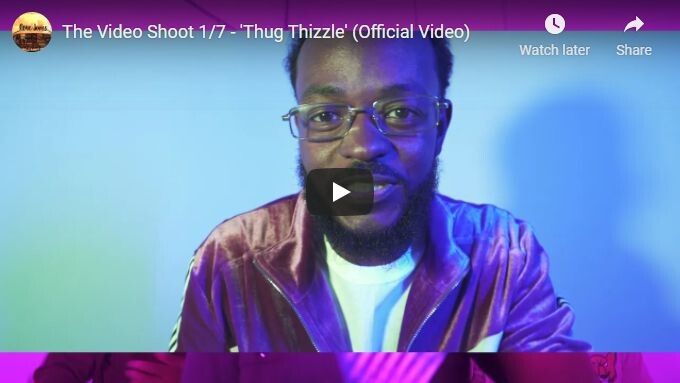 Life ebbs and flows with various degrees of difficulty and hardship. Through much of his extreme lows in life, Hip-Hop newcomer Supreme attributes much of his resilience to the love from his friends and family. This uplifting theme of love is explored throughout his introspective debut EP Love Jones, released on all digital streaming platforms on Monday, June 21st. Today (6/28/2021), Supreme revels with loved ones in his self-directed music video for the project’s lead single “Thug Thizzle”. Featuring a brief cameo appearance from his father Ghostface Killah (who’s also heard throughout the Love Jones EP), much of the video is shot in the streets of Supreme’s native Staten Island’s Wu-Tang Clan District. The video serves as the first of seven parts to Supreme’s short film, ‘Love Jones’.

MORE ABOUT SUPREME:
There’s a level of grandeur that comes with the name Supreme Intelligence Great God Allah Coles. Add the fact that its origin is rooted in a legendary bloodline, the bar is set pretty high. But with his own voice, perspective, and unique skill set, Supreme is determined to live up to his name while carving his own lane, separate from his Wu-Tang Clan roots. The Staten Island Native was immersed in Hip-Hop culture from birth, taking a liking at an early age to DJ’ing, graffiti, breakdancing, MC’ing, beatboxing, and the lifestyle that surrounded him. But it wasn’t until 2012 that Supreme began to take rap seriously to pursue a career in music. Imbued with a gritty, fervid New York sound from the late ’90s/early 2000’s, Supreme’s lyrics are honest and based on the ebb and flow of real life experiences.

After graduating from Morgan State University in December 2019, Supreme kicked off 2020 with his single “Oh No“. His ‘For The Love Freestyles’ began shortly after as a series on Instagram, where Supreme would rap over Hip-Hop beats requested by his followers. The hashtag caught on and eventually evolved into the For The Love Freestyles mixtape, a collection of Supreme’s razor sharp bars over nine classic Hip-Hop instrumentals released in the fourth quarter of 2020. Energized and inspired by love as a new father, Supreme is now poised to make a name for himself with his debut EP ‘Love Jones’, which was written during his time in college.