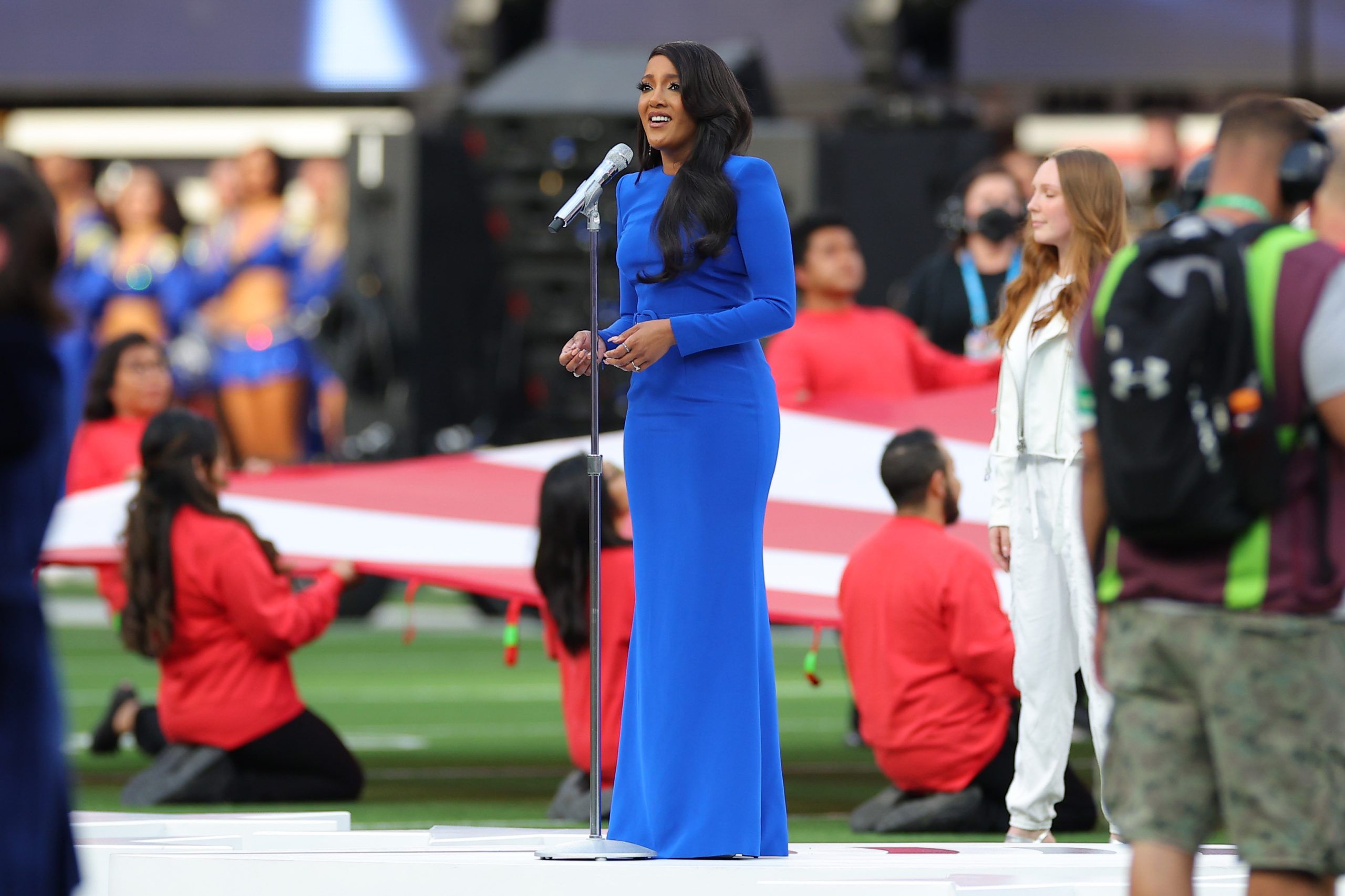 To introduce this year’s Super Bowl, Mickey Guyton delivered a powerful, gospel-tinged rendition of the National Anthem to an excited crowd of fans. Before hitting the stage at the SoFi Stadium in Inglewood, California, Guyton was described as having the “voice of an angel.” In a floor-length, blue gown, her crystalline vocals soared, and she looked as if she was nearly moved to tears during the track.

Ahead of Guyton, Jhené Aiko kicked things off with a moving performance of “America the Beautiful” alongside a harpist.

This evening’s game in Los Angeles wasn’t the first time the “Black Like Me” singer has performed the “Star-Spangled Banner.” For the last six years, Guyton has sung it on numerous occasions including Nashville’s CRS conference and a Memorial Day concert in Washington D.C. Her Super Bowl set follows the release of her critically-acclaimed debut studio album Remember Her Name, which was released in September.

Earlier this month, Guyton expressed her excitement about the opportunity on Twitter saying, “I am shook, I am grateful, I am praise dancing. So excited to be singing the national anthem.” The “Star-Spangled Banner” has loomed large in Guyton’s life over the years. She revealed in a 2015 interview that watching LeAnn Rimes perform the national anthem during a Texas Rangers game as a child helped inspire her to become a country artist herself.