Z2 Comics has announced the graphic novel Sublime: $5 at the Door, out in June.

Named after a lyric from 1998’s “Garden Grove,” Sublime: $5 at the Door was written by Ryan Cady with cover art by Sublime artists Opie Ortiz and DJ Product. It focuses on the adventures of the Long Beach trio fronted by the late Bradley Nowell. Surviving members Eric Wilson and Bud Gaugh assisted with the project, seen as a companion to the 2019 documentary directed by Bill Guttentag.

Sublime: $5 At the Door contains 120 pages and will be released in various editions, including softcover, special deluxe, and highly limited super deluxe. The latter two contain the Doin’ Time EP — released on vinyl for the first time — pressed on dalmatian print in a nod to Lou Dog, Nowell’s pup and band mascot. A toy of the dalmatian is also included in the super deluxe edition. You can pre-order them now.

“When you grow up in SoCal like I did, Sublime’s music is this powerful background radiation, permeating the culture,” Cady said in a statement. “You hear it everywhere. Opie’s sun is everywhere — stickers of it slapped on taco stand walls, Sharpie-tagged inside of every high school bathroom, screen-printed in every possible iteration. I saw these guys like neighbors, and as I research the human moments underneath their phenomenon with Bud and Eric, I get to share that feeling with everyone who picks up the book.”

Added Scott Seine of the band’s management company Surfdog/DKM: “We knew the band’s iconic music always had the added elements behind it of their history of hijinks, anti-authority attitude, and follow-no-rules lifestyle, and this combination would make for an amazing comic book the fans would cherish.” 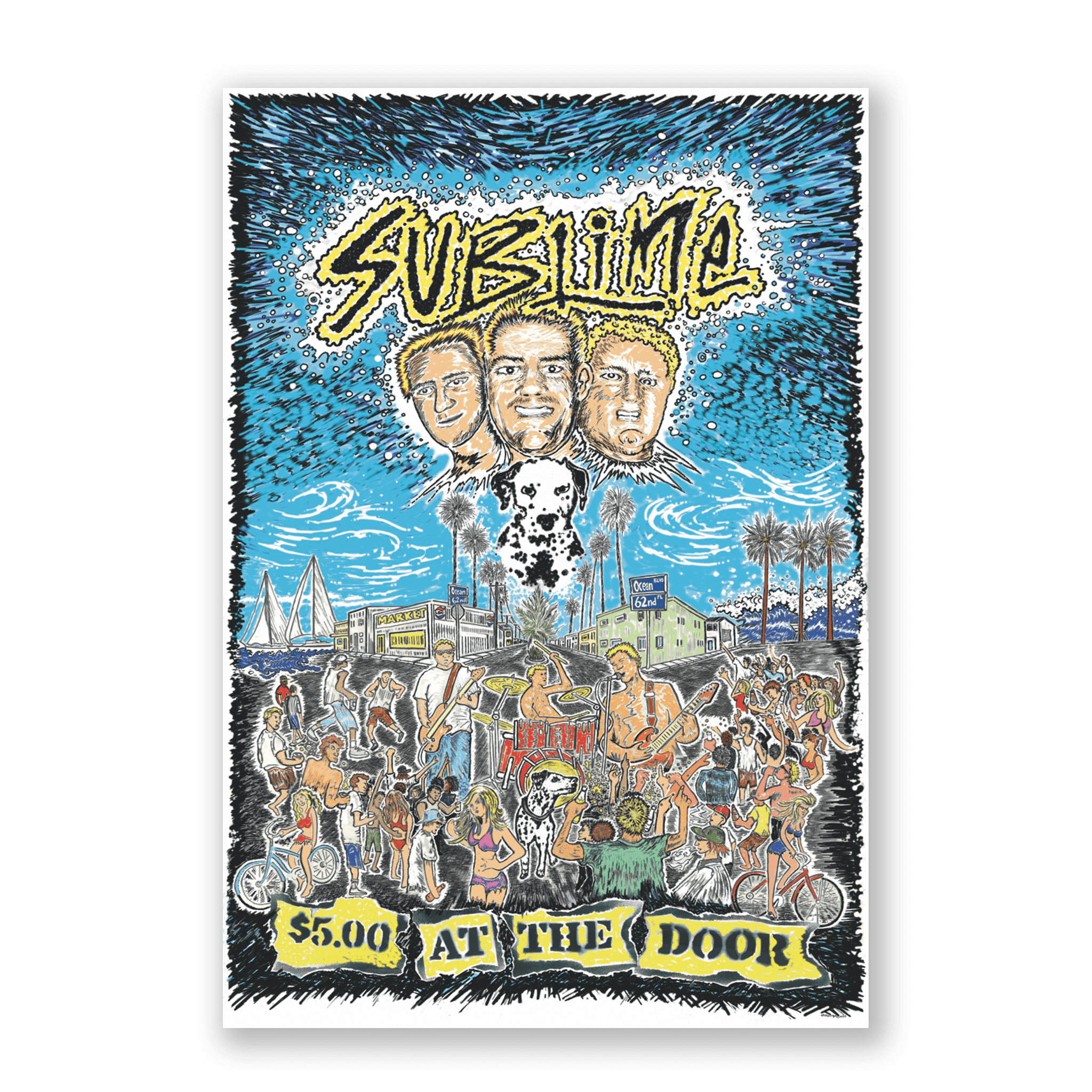