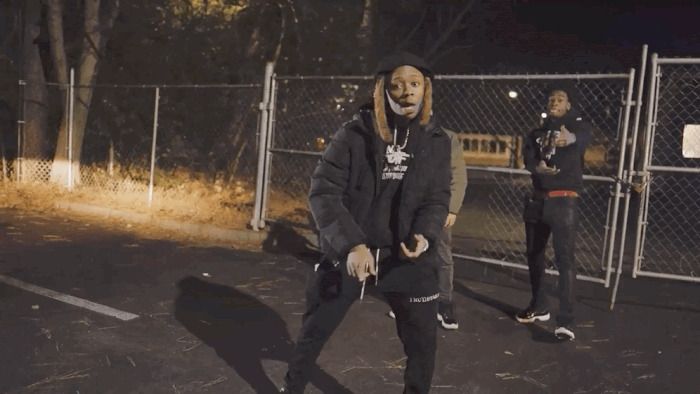 Atlanta rapper Slimelife Shawty‘s blend of easy melodics and uncompromising lyrics has him on the rise in his city and beyond. Ready to show the world that he can’t be stopped, Slimelife shares “No Brakes,” his revealing and raw new video single. Skating above plaintive pianos and thudding 808s, Slimelife works through trauma and suicidal thoughts, spurred by the loss of his close friend and a resultant reliance on substances. As the song progresses, Slimelife resolves to use these past trials as fuels for his future success, internalizing the emotions and expressing them through his art: “But it don’t bother me, don’t tell me how I oughta be/Tell me who go harder than me, who started beef, no part of me.” In the video, directed by ShotByWolf, Slimelife rocks his OTF chain and an iced-out watch as he mobs with his homies and sends a message to the “other side” (“they’re just other guys,” says Slimelife). “No Brakes” follows “Dying 2 Hit ‘Em,” Slimelife’s recent collab with Lil Durk, which appeared on Loyal Bros, the compilation tape from Durk’s Only The Family label.

Slimelife Shawty has kept busy in the run up to Better Livin, his next project. The 22-year-old rapper recently shared the video for his loyalty anthem “Homicide” (565k views on YouTube), and teamed up 42 Dugg for the remix to “Don’t Worry (Clappers),” his biggest hit to date with over 13 million streams across platforms. Slimelife is a fixture on the ATL trap scene,  frequently collaborating with fellow rising stars like Lil Keed and Lil Gotit. Last year, the Alamo Records signee released No Slime Left Behind, a full-length project, and made noise with his street hit “All Summer” (2 million YouTube views).

Ready to take the next step, Slimelife Shawty is ready to make 2021 his year with his forthcoming Better Livin. Don’t sleep on Slime.