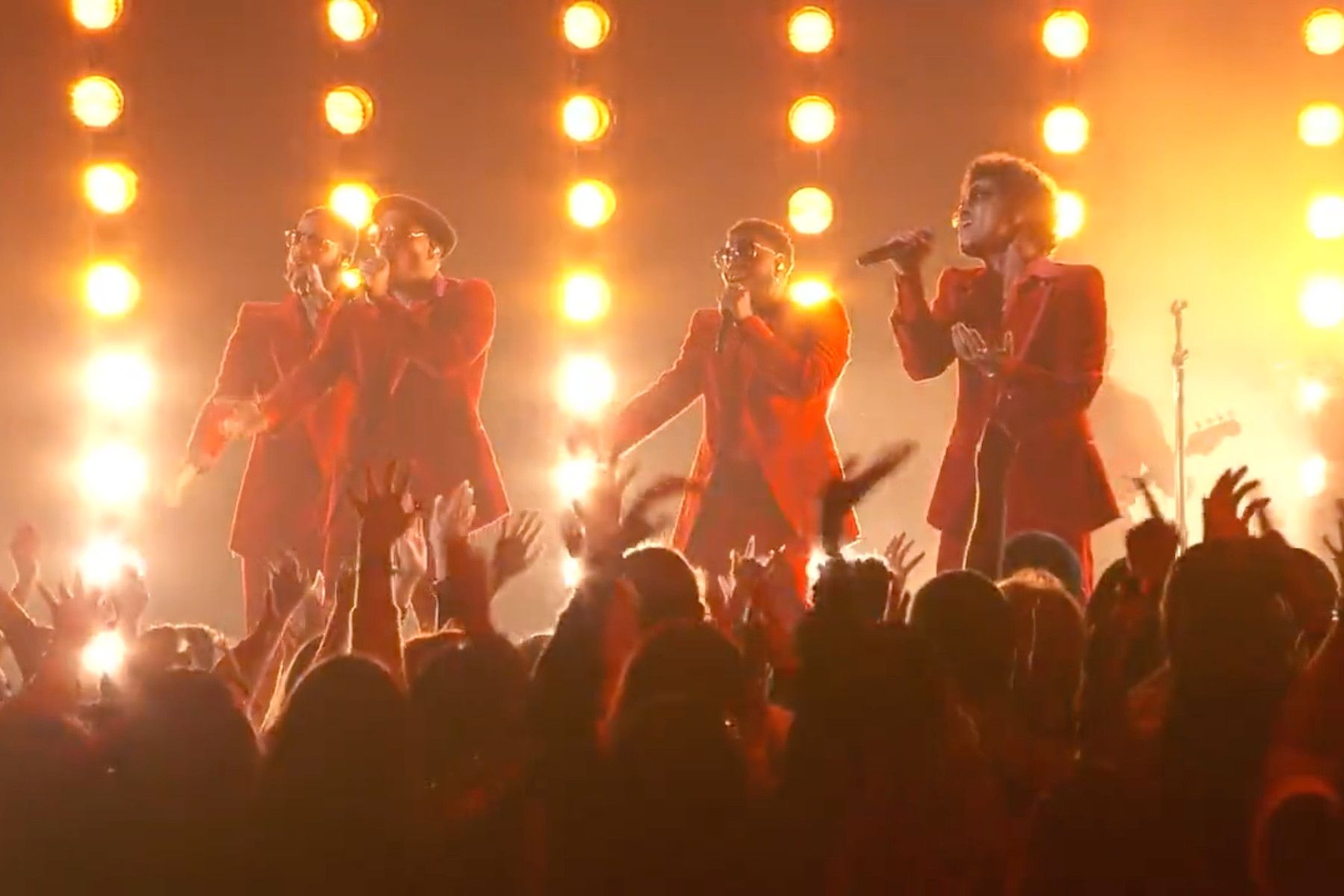 Bruno Mars and Anderson .Paak opened the 2021 American Music Awards with an ultra-smooth performance of Silk Sonic single “Smokin Out the Window.”

The duo, decked out in velvet-y red suits, traded vocals in front of their massive live band, including backing vocalists, a trumpet player, and saxophonist. Like the song itself, everything about the spot evoked the 1970s: the retro dance moves, the glowing stage lights, the big sunglasses, the hints of chest hair.

“Smokin Out the Window” is the third and most recent single from the group’s recently issued debut LP, An Evening With Silk Sonic. The album also features the singles “Leave the Door Open” and “Skate,” along with guest spots from Babyface, Bootsy Collins and Thundercat, among others.

Silk Sonic are nominated for three awards at the 2021 AMAs, including Favorite Pop Duo or Group, opposite AJR, BTS, Glass Animals and Maroon 5; meanwhile, “Leave the Door Open” is up for Favorite R&B Song and Favorite Music Video.

Olivia Rodrigo leads all AMA nominees with seven total nods, followed by the Weekend with six. Bad Bunny, Doja Cat and Giveon are tied with five nominations each.

You got me out here still thinking about that performance, @silksonic! Tune into the #AMAs happening now on ABC. #SilkSonicAMAs pic.twitter.com/RSlTY6kMSd