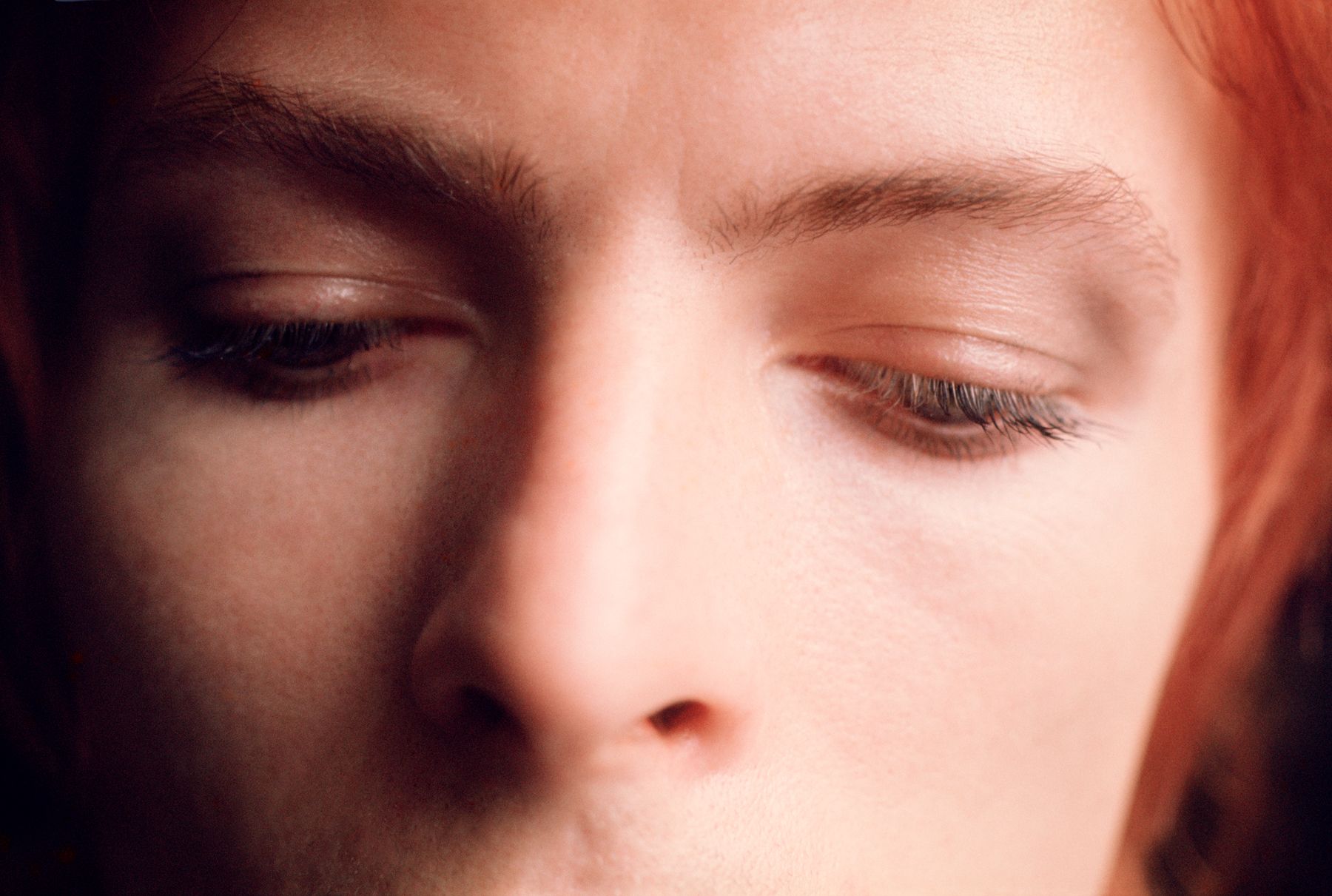 The singular creative bond between David Bowie and photographer Mick Rock will be on display in a new exhibit, Sound and Vision, opening online and at the Morrison Hotel Gallery’s New York City location Jan. 22.

Sound and Vision will feature photos from throughout the 30 years that Bowie and Rock worked together, and a handful of rare images from the exhibit are available for an exclusive first look here on Rolling Stone. The four shots come from 1972 and 1973, at the very beginning of Rock and Bowie’s relationship, and they capture the glamour and mystery embedded in the musician’s Ziggy Stardust and Aladdin Sane eras.

Though Rock was known as “The Man Who Shot the ‘70s”  for his wide-ranging work, Bowie was one of his most constant subjects. Rock even served as Bowie’s official photographer and videographer for a time, directing music videos for “Space Oddity,” “Jean Genie,”  and “John, I’m Only Dancing.”

Mick Rock's Iconic Images of the Seventies and Eighties

In a 2017 interview with Rolling Stone, upon the release of a documentary on his life, Shot! The Psycho-Spiritual Mantra of Rock, Rock spoke about working with Bowie, saying, “You just couldn’t take a bad picture of David. I didn’t know much about him when I met him. One of the two things David and I exchanged in our first interview was that Syd Barrett was a friend of mine and that David had met Lou [Reed] and Iggy [Pop] in New York when he’d gone over to sign an album deal with RCA. So we had those three people in common. Imagine that conversation in 1972 between two guys in their early twenties.”

The Sound and Vision exhibit will also launch just a couple months after Rock’s death last November at the age of 72. “He was a photographic poet,” Rock’s family said in a statement announcing his death, “a true force of nature who spent his days doing exactly what he loved, always in his own delightfully outrageous way.”