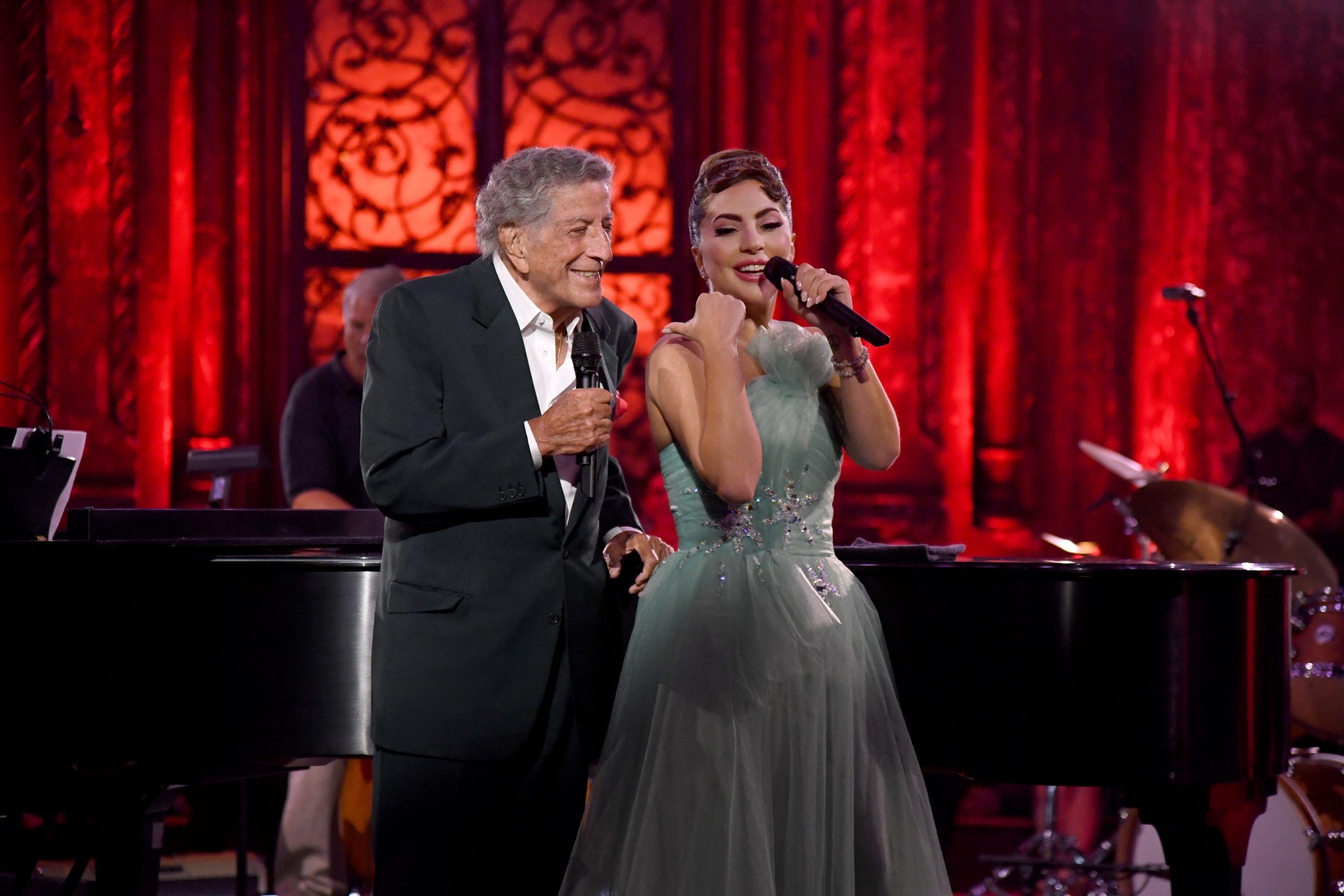 Following its premiere, MTV shared several standalone duets from the special — filmed earlier this year in an intimate nightclub setting in New York City — including “Night and Day,” one of the 10 Cole Porter standards they recorded for their 2021 LP Love for Sale, and the classic “I’ve Got You Under My Skin,” from the album’s deluxe edition.

The special was Gaga’s first Unplugged performance, while Bennett appeared on the special for the first time since his acclaimed 1994 MTV Unplugged.

In addition to the MTV Unplugged episode, Paramount+ will premiere its exclusive documentary about the duo’s collaboration, The Lady and The Legend, in 2022.

Earlier this year, Gaga and Bennett reunited onstage for a pair of Radio City Music Hall gigs celebrating Bennett’s 95th birthday. The crooner’s family later announced that Bennett would cancel his remaining 2021 concerts due to his ongoing battle with Alzheimer’s disease, which he was diagnosed with in 2016. He officially retired from touring soon after.