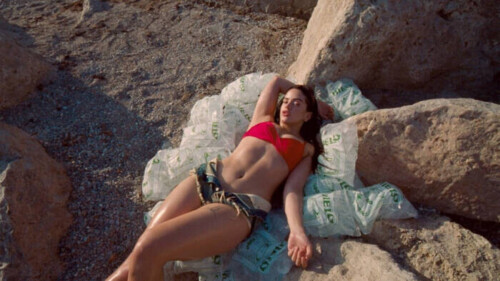 “DESPECHÀ” serves as the first new music offering since the release of her globally, critically and commercially acclaimed landmark Spanish language album MOTOMAMI, which continues to be the most highly rated album of the year, according to Metacritic.

Regarding “DESPECHÀ”, ROSALÍA states, “There are many ways to be Despechá, in this theme it is from the freeness or the craziness, moving without reservations or regrets. This is the place from where I make music, from where I did it when I first started and where I will continue to until God says so. I’m grateful for having been able to travel in recent years and have learned from music from other places including the DR, where artists like Fefita La Grande, Juan Luis Guerra and Omega have inspired me and without them this song would not exist.”

Currently, ROSALÍA is in the midst of her first ever global tour – MOTOMAMI WORLD TOUR – with sold-out shows across the globe. With fans lining up days in advance at each venue, the much buzzed about awaited tour has been delivering an unforgettable evening of innovative choreography and Rosalia’s distinctive world-class vocal capability throughout a 30+ song production based on the artist’s recent milestone MOTOMAMI album and many more of her earlier chart-topping and groundbreaking hits, including the new “DESPECHÀ.”

“The new queen of pop dazzles at the first concert of her tour… this is the future… a sensory feast of [such] exact minimalism. it not just breaks the fourth wall, it shatters it.  Rosalía’s voice is precise, exciting and takes songs to another dimension – showing that she sings deeper than anyone else…  She can conquer the world singing in Spanish, [and is] going to put an end to the Anglo-Saxon hegemony of world pop.”

The massive Live Nation-produced 46 show run across 15 countries will continue Saturday, July 9th in Sevilla, Spain, and make additional stops in Latin American and North America before wrapping up in Europe on December 18th with a performance at Paris’ Accor Arena. Rolling Stone noted that “Rosalía delivers a wild, innovative pop spectacle on her own terms.” For more information or tickets please visit rosalia.com.