Maxo Kream, Kota the Friend, and Remi Wolf are among the artists scheduled to perform live from Monday, Dec. 6 through Wednesday, Dec. 8 on Rolling Stone’s Twitch channel. 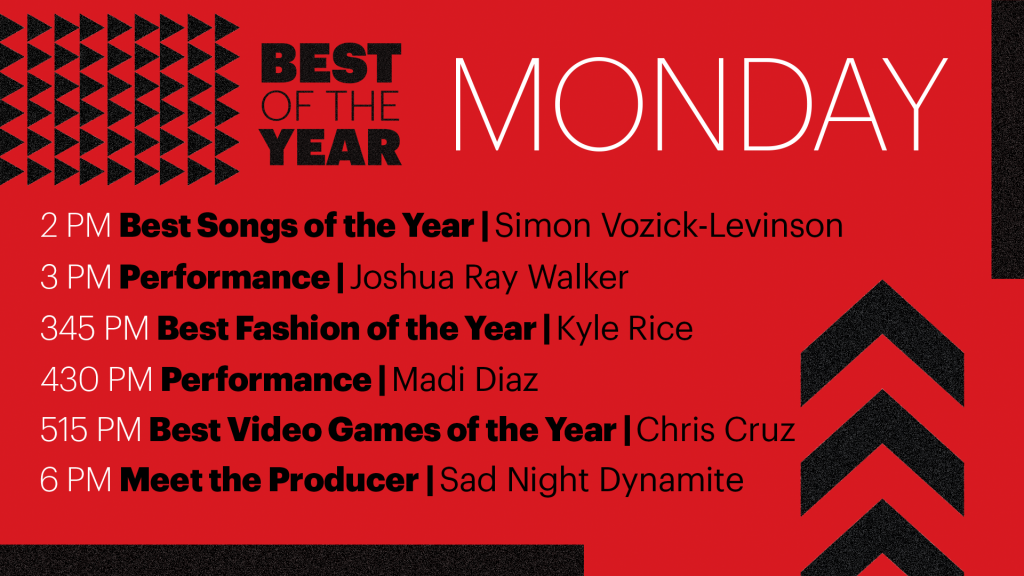 Day two will showcase the best albums with RS editor Jon Dolan, movies with David Fear, and podcasts with writer Andrea Marks, with performances throughout from artists Kota the Friend, Magdalena Bay, and Maxo Kream. 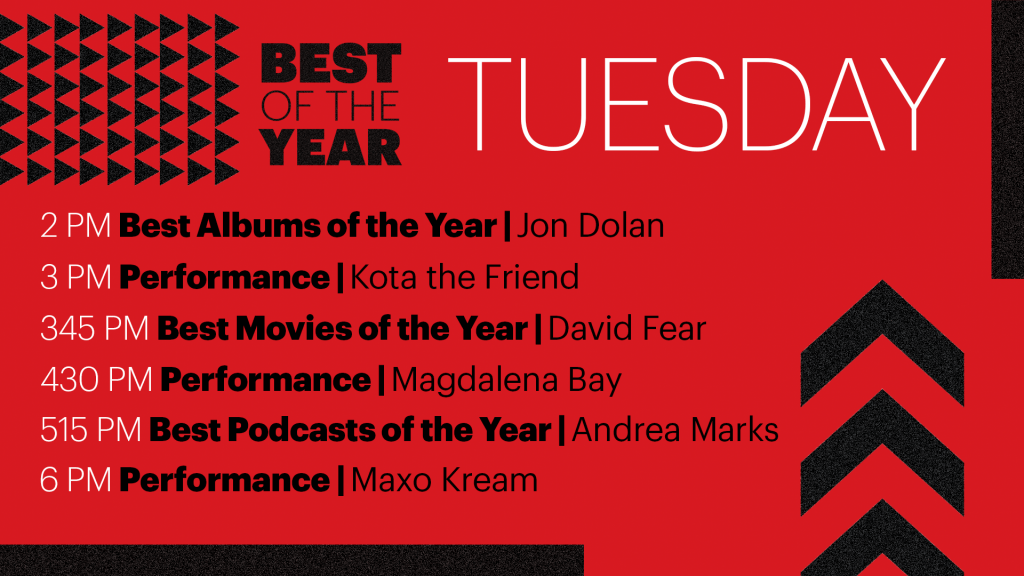 And finally, day three will bring the event to a close with the hosts Jon and Charlie breaking down their best-ofs, followed by chief TV critic Alan Sepinwall delving into the best TV shows of the year, and a special appearance by Don’t Let This Flop podcasters EJ Dickson and Brittany Spanos. Special guests will include Remi Wolf, Amyl and the Sniffers, and Charlie Hickey. 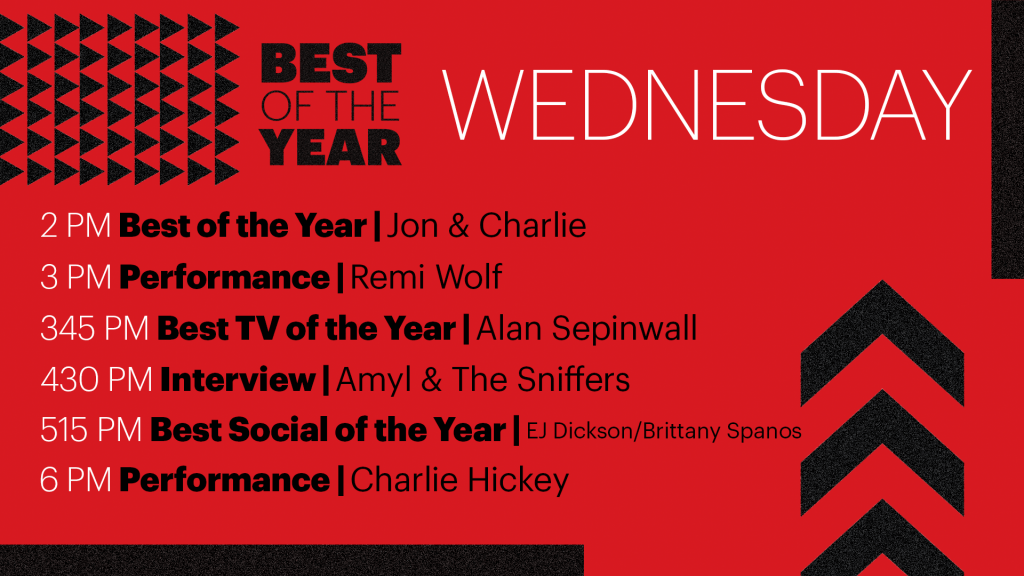 The event can be viewed live exclusively on Rolling Stone’s Twitch channel, from 2 p.m to 7 p.m. ET daily this coming Monday through Wednesday­. Check out the channel page for more information on scheduling. Follow the channel to be a part of the story in the chat and subscribe for exclusive bonuses. You can also join the discussion 24/7 on the official Discord channel.