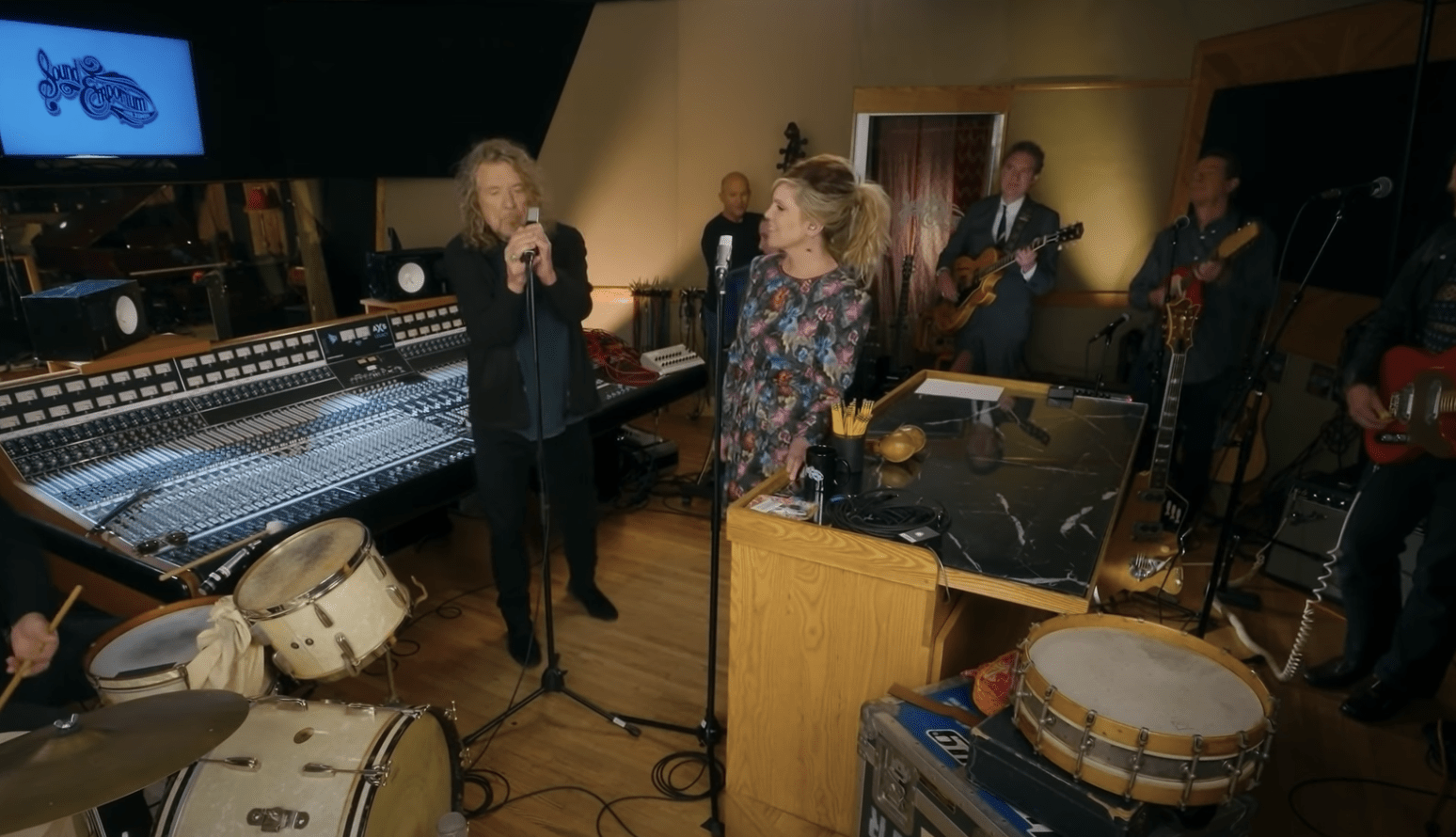 The set includes a rendition of “Can’t Let Go,” originally recorded by Lucinda Williams, a cover of Bobby Moore & the Rhythm Aces’ “Searching For My Love,” and “Trouble With My Lover,” written by Allen Toussaint and recorded in the ’60s by Betty Harris. In the clip, the duo are joined by several musicians, including guitarist JD McPherson.

Plant and Krauss’ collaborative album, Raise the Roof, arrived Nov. 19. The album comes 13 years after their surprise 2007 hit, Raising Sand, which went on to win five Grammys, including Album of the Year. Raise the Roof was produced by T-Bone Burnett (who also worked on Raising Sand), and it primarily finds Plant and Krauss covering songs by artists like Merle Haggard, Allen Toussaint, the Everly Brothers and Bert Jansch, though it does feature one original, “High and Lonesome.”

The pair will return to the road together for the first time in 12 years next June. They will kick off a 10-date U.S. tour June 1, 2022 at CMAC in Canandaigua, New York, and the trek will wrap June 16 at the Cadence Bank Amphitheatre at Chastain Park in Atlanta. Plant and Krauss will then head to the U.K. and Europe for a string of dates at the end of June and into July. Tickets are on sale now.