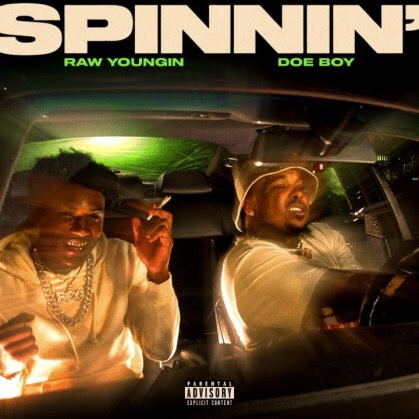 On the track, 808s puncture a haunting string sample. Raw Youngin’s rough flow cuts through this soundscape with intent and intensity. Meanwhile, Freebandz phenomenon and Cleveland’s own Doe Boy counters with an equally hard-hitting and hypnotic cameo. In the accompanying visual, these two buzzing forces of J

Most importantly, it sets the stage for the arrival of his anxiously awaited new project, 386 Landlord. Once again, he holds nothing back with a barrage of blunt bangers.

Get ready for more from Raw Youngin very soon!

“SPINNIN” follows up a series of recent anthems, including “LAX” and “Jit.” He accumulated hundreds of thousands of streams and views between the tracks and heightened anticipation for more.