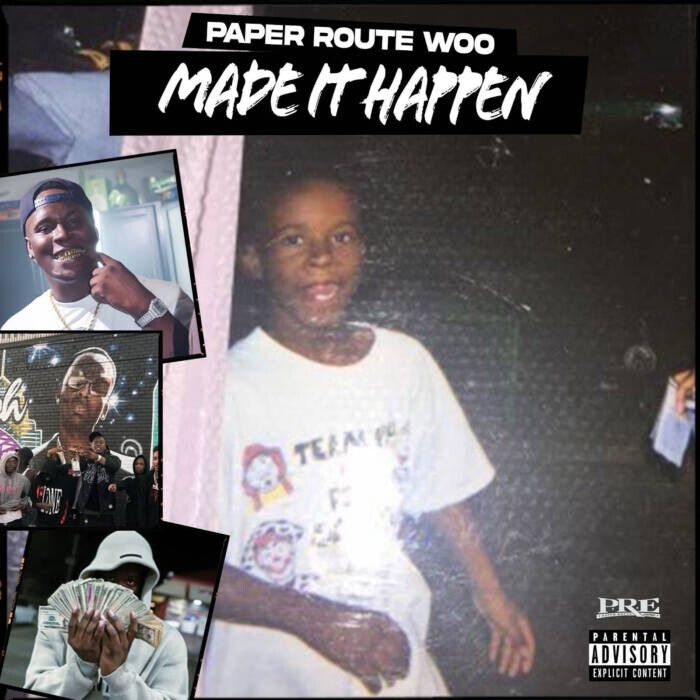 PRE is kicking off the week with a new release from their very own Paper Route Woo. Showcasing his street smarts and hustle that endeared him to Young Dolph, Paper Route Woo shares his new video for “Made It Happen.” The Memphis native makes it clear that his family and his money are his motivation: “Rapping got me turnt but being a daddy made it happen/Fell in love with trapping, getting money with a passion.” In the video, you can catch him outside mobbing with his crew, including a cameo from his PRE fam Snupe Bandz! This is Paper Route Woo’s first release since “Fully Equipt,” his contribution to the Paper Route Empire Presents: Long Live Dolph compilation tape, and you already know he has more in store.

Stay tuned for much more from Paper Route Woo and PRE!