Journalist Soledad O’Brien delves into the 1964 unsolved murder of artist and JFK mistress Mary Pinchot Meyer in a new eight-part true crime miniseries, Murder on the Towpath. The Luminary series premieres on May 25th and will drop new episodes each Monday.

In a trailer for the series, O’Brien sets the scene: the swanky Georgetown neighborhood of Washington, D.C., where Meyer was found murdered on the Old Chesapeake and Ohio Canal towpath on October 12th, 1964. Meyer was a society woman who, after a divorce, had become an artist — she was also a consort of President John Kennedy, and her ex-husband was CIA top man Cord Meyer. “What happened next, that’s why we’re here,” O’Brien intones.

Forty-five minutes after Meyer was found, police arrested a black man named Ray Crump Jr. According to a piece in Smithsonian Magazine by Lance Morrow — who was then a cub reporter, and who also appears in the podcast — Crump was found in the nearby woods, his clothes wet, his hand cut. He told police he had been fishing, but had no pole. Crump was eventually acquitted for lack of evidence but, as a description of the podcast says, the “resulting trial… rocked the country and became a time capsule of all the racial tension, scandal and distrust of the Sixties.”

“I’ve always liked the opportunity to dig into stories about race and class and injustice — this time through the historical lens of America in the Sixties,” O’Brien tells Rolling Stone. “The podcast format is a great way to walk through a notorious crime — and understand the backstories of everyone involved: the victim, the suspect, the defense attorney, the prosecution — whose very disparate lives become entangled around a murder.”

O’Brien’s podcast centers on the two women at the crux of this case: Meyer and Crump’s African-American lawyer, Dovey Johnson Roundtree. Roundtree died in 2018 at the age of 104, according to the New York Times, who called her “a litigator of acuity, concision and steel who could win even the most hopeless trials.” She wasn’t allowed to drink from the same water fountain as white people, “but in court,” O’Brien says, “She was the only thing standing between a man and his execution.” Plus, she only charged $1. 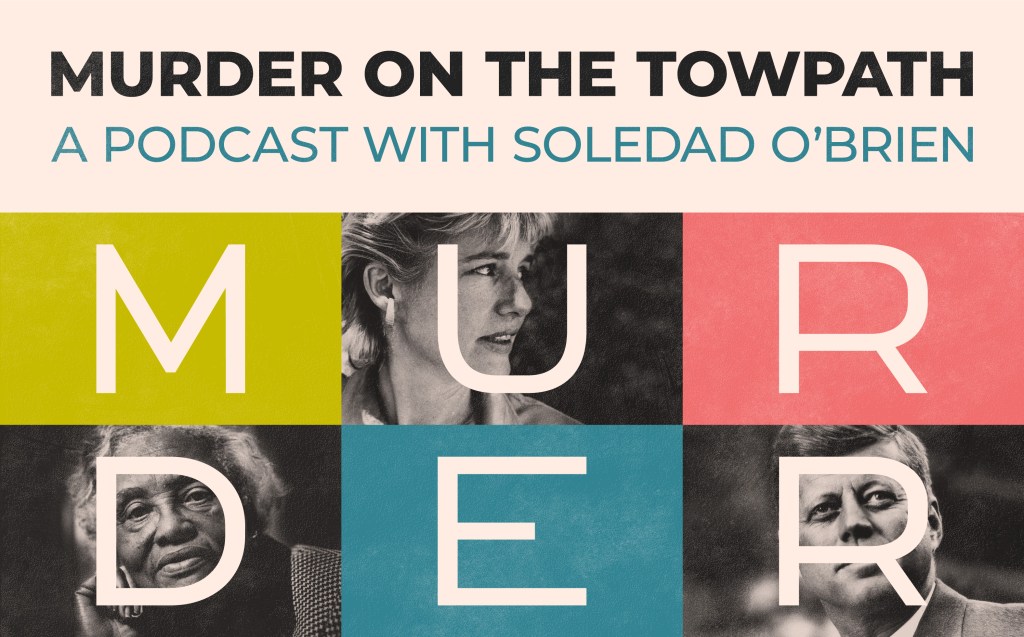 Soledad O’Brien delves into the 1964 unsolved murder of artist and JFK mistress Mary Pinchot Meyer in ‘Murder on the Towpath.’

“This the story of two women who wanted to reach their fullest potential,” the host continues, “even if society had very different plans for them.”

O’Brien recently appeared in Rolling Stone’s Women’s Issue, in which she criticized the current media landscape and discussed going out on her own with her company, Soledad O’Brien Productions. Most recently, she worked on Hungry to Learn, a documentary with filmmaker Geeta Gandbhir about low-income college students who have no much debt that they can’t afford food.