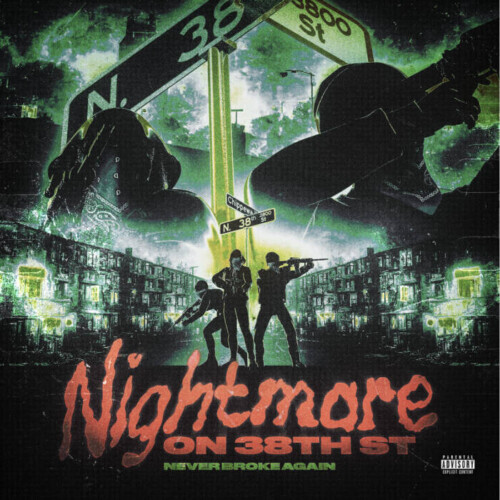 “Searching” places Ten’s talents front-and-center. His incisive flow cuts right through the trap production as he dips in and out of intense bars. He chants, “I’m up in the trench, you know where I stay,” through syncopated delivery. The accompanying visual opens a window into his world. The camera catches him in the back of a car and outside in the neighborhood as he turns up. Meanwhile, bright graphic novel-style editing adds another dimension to the track as special effects race across the screen.

The new single sets the stage for the arrival of the crew’s anxiously awaited compilation mixtape, Nightmare On 38th St, releasing on October 28th. Pre-order it HERE.

Last year, the collective popped off on their debut compilation Never Broke Again: The Compilation Volume 1, and earlier this year, they dropped Green Flag Activity, which has generated over 61 million streams and earned critical acclaim. In addition to looks from XXL and more, Complex noted, “The tape [Green Flag Activity] continues a prolific run for NBA YoungBoy,” and Rap Radar attested, “Gang green has arrived.”

Get ready for Nightmare on 38th St!