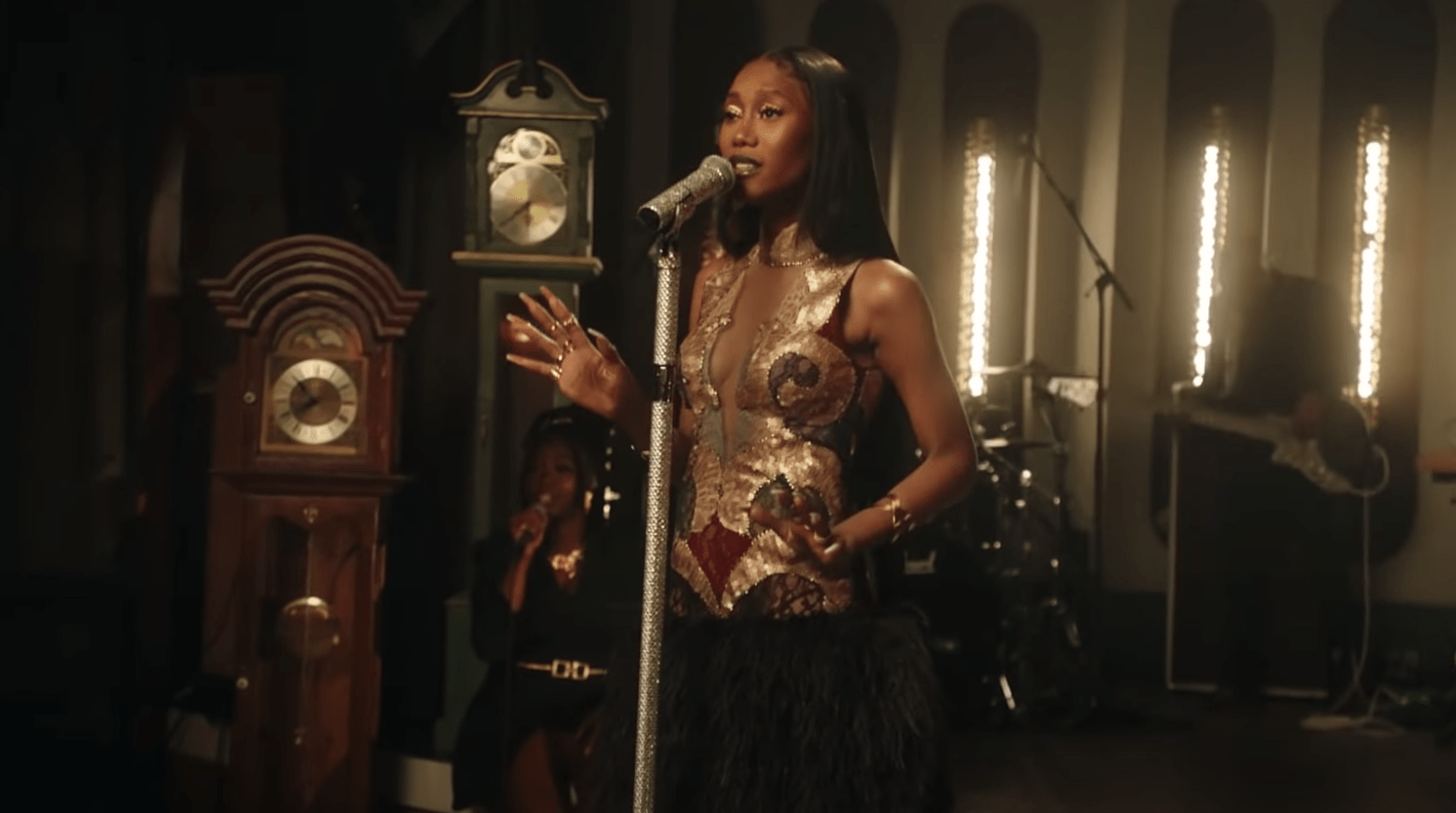 Singer-songwriter Muni Long made her TV debut on The Tonight Show Monday, performing her viral single “Hrs and Hrs.” Accompanied by a band and several back-up singers, Long — whose real name is Priscilla Renea — gave a soulful rendition of the R&B song while decked out in a glimmering gold ensemble.

The sultry ballad, eatured on the singer’s latest EP Public Displays of Affection, is an ode to a lover oozing with double entendres and suggestive language. “You sit me up on the counter/Instantly, it’s thunder showers,” Renea sings. “Stormin’ for a couple hours/When we finished, take a shower.”

“Hrs and Hrs” exploded on social media when TikTok users placed the song in video clips in which they “showed affection and intimate moments with a significant other,” Renea explained to Rolling Stone in January.

But before the song went viral on TikTok, Renea spent years in the industry writing hits for the likes of Ariana Grande and Rihanna. Despite being signed to a major label early in her career, she ultimately decided to release her music through her own label, Supergiant Records. “I’m not trying to go backwards, go back into that dark system,” Renea told Rolling Stone. “And [maintaining] ownership is where the world is going. We don’t want people telling us what to do.”

She added, “I love when I have a feeling about something and then everyone else feels the same way. It’s confirmation: I should always follow my instincts.”