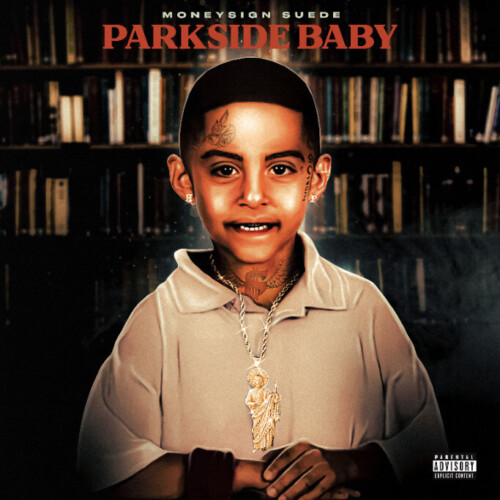 Hailing from the gritty streets of Huntington Park, Los Angeles, MoneySign Suede has roots that run far deeper than the boundaries of the East L.A. neighborhood where he earned his “Parkside Baby” nickname. Born to Mexican immigrant parents who originated from the Pacific Coast state of Guerrero, MoneySign Suede grew up surrounded by his large family and immersed himself into multiple hobbies including boxing, soccer, and skateboarding. Suede toyed with the idea of being a prize fighter or professional footballer or skateboarder well before he even thought of pursuing his rap career because he always, “just wanted to be good at something.” That determination quickly transferred into his journey as an artist as Suede and his high school friend Polo first fully committed to the idea of life as a rapper in 2016.Inspired by rappers such as Lil Yachty, Lil Uzi Vert, 21 Savage and Kodak Black, Suede and a trio of his homies began writing verses and recording rough demos. His first official song was a SoundCloud freestyle over Texas rapper Tay-K’s internet hit “The Race.” The track quickly gained 30K streams and set Suede on a path to perfect his craft.

In summer 2020 he recorded his viral breakout single “Back To The Bag.” The record quickly garnered the attention of seasoned manager TK Kimbro — the creative force behind West Coast phenoms Shoreline Mafia, 1TakeJay, AzChike and 03 Greedo. Suede inked a deal with The Machine Works/Atlantic Records shortly after and instantly got to work recording singles and visuals. After a brief jail stint, Suede reemerged in 2021 with his track “I’m Back” which solidified his status as one of the top names within the L.A. rap circuit. Fast forward to 2022, Suede has built a loyal fanbase, which has helped him accumulate over 7 million streams across all platforms.