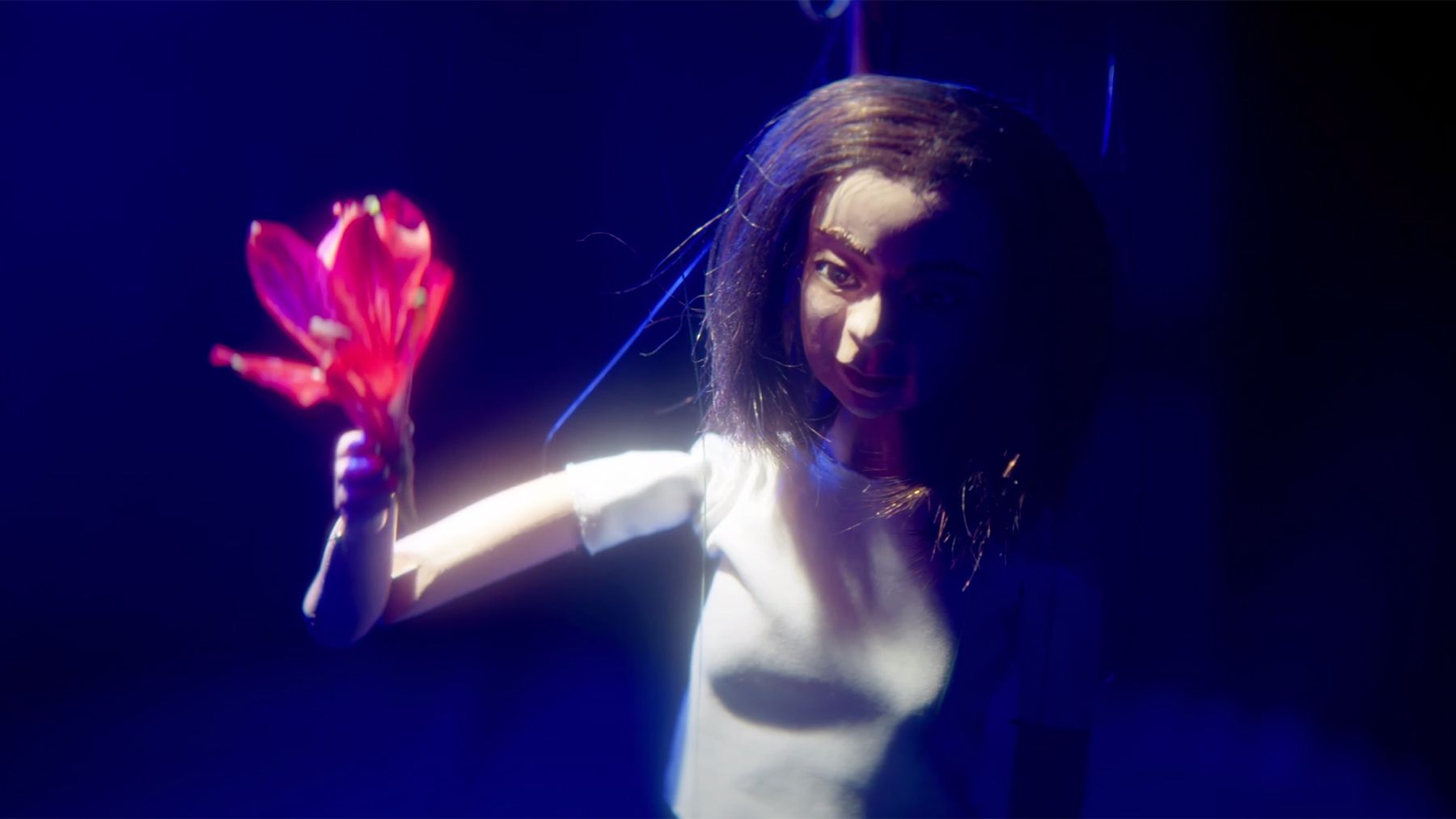 Less than a month before Mitski releases her new album Laurel Hell, the singer-songwriter dropped “Love Me More,” paired with a fantastically bizarre video.

The clip opens with the singer-songwriter on the back of a motorcycle, arriving at a house. Peering in through the front window, she finds a creepy doll version of herself, dressed in her onstage attire of a white crop shirt, black shorts, and knee pads. Later, Mitski tries to get inside the locked house, but mini Mitski closes the curtain.

As with the previous single “The Only Heartbreaker,” “Love Me More” revolves around a throbbing Eighties beat with disco-tinged synths. It’s the fourth single off the record, which arrives Feb. 4 via Dead Oceans.

As Mitski noted in her recent Rolling Stone digital cover story, Laurel Hell went through many iterations — particularly “Love Me More.” “It’s been too fast, too slow, and at some point, it was even an old-style country song,” Mitski said in a statement. “Finally, I think because we had watched The Exorcist, we thought of Mike Oldfield’s ‘Tubular Bells’ and experimented with floating an ostinato over the chorus. As we steadily evolved the ostinato to fit over the chord progressions, we began to hear how the track was meant to sound.”

“As ‘Love Me More’ was written pre-pandemic, lyrics like ‘If I keep myself at home’ had different meanings than what they would now,” she added. “But I kept them on the album because I found that some of the sentiments not only remained the same, but were accentuated by the lockdown.”