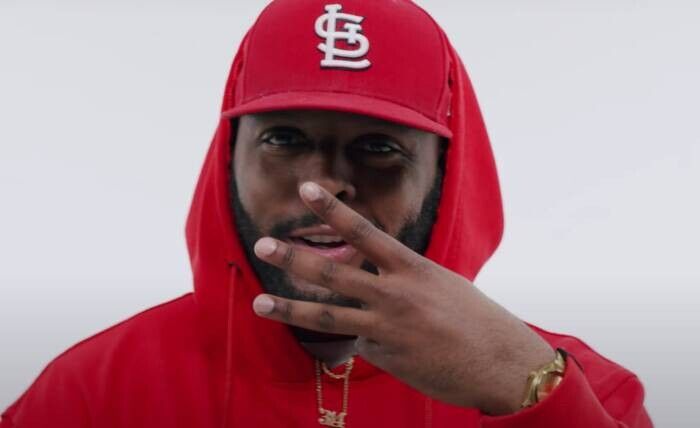 Emerging recording artist MC Tres made a name for himself with the latest project, Late Night Flights. Today, he keeps the campaign rolling with the release of the new music video to the project’s standout track “Toast.” A track about baring the fruits of our labor, Tres raps about hard work paying off and appreciating the struggle as it molds us into the breakout stars Tres is now. Stream the standout track here.

The St. Louis native enlists Young Badger to produce. “Toast” has a catchy hook and relatable content is a common theme throughout ‘Late Night Flights.’ Fresh off the release of his remix to single, “Get Up,” with Reggie Son, he is preparing to drop a deluxe version of the project with five new songs. In addition to new music, Tres has been performing around the country and selling his clothing line from his new store HUSTL3 C1T4.

A brief history on MC Tres, he signed to a college booking agency named Houla Entertainment in 2014. Immediately he began touring nationally from bookings acquired through APCA (Association for Promotions of College Activities). From 2014-2018, he traveled all over the United States, opening up for Jack Harlow, EarthGang, J.I.D, Kodak Black, KYLE, Cam’ron, Ludacris, Ella Mai, and more.

Late Night Flights, which has a deluxe version on the way, is an eight-song collective that features breakout hits, like “OK ALRIGHT,” “Get Up” and “Facetime.” Tres’ latest is available everywhere via DoYou Crew. For more on MC Tres, follow him on social media.

Take a look at the new visual to “Toast” below.