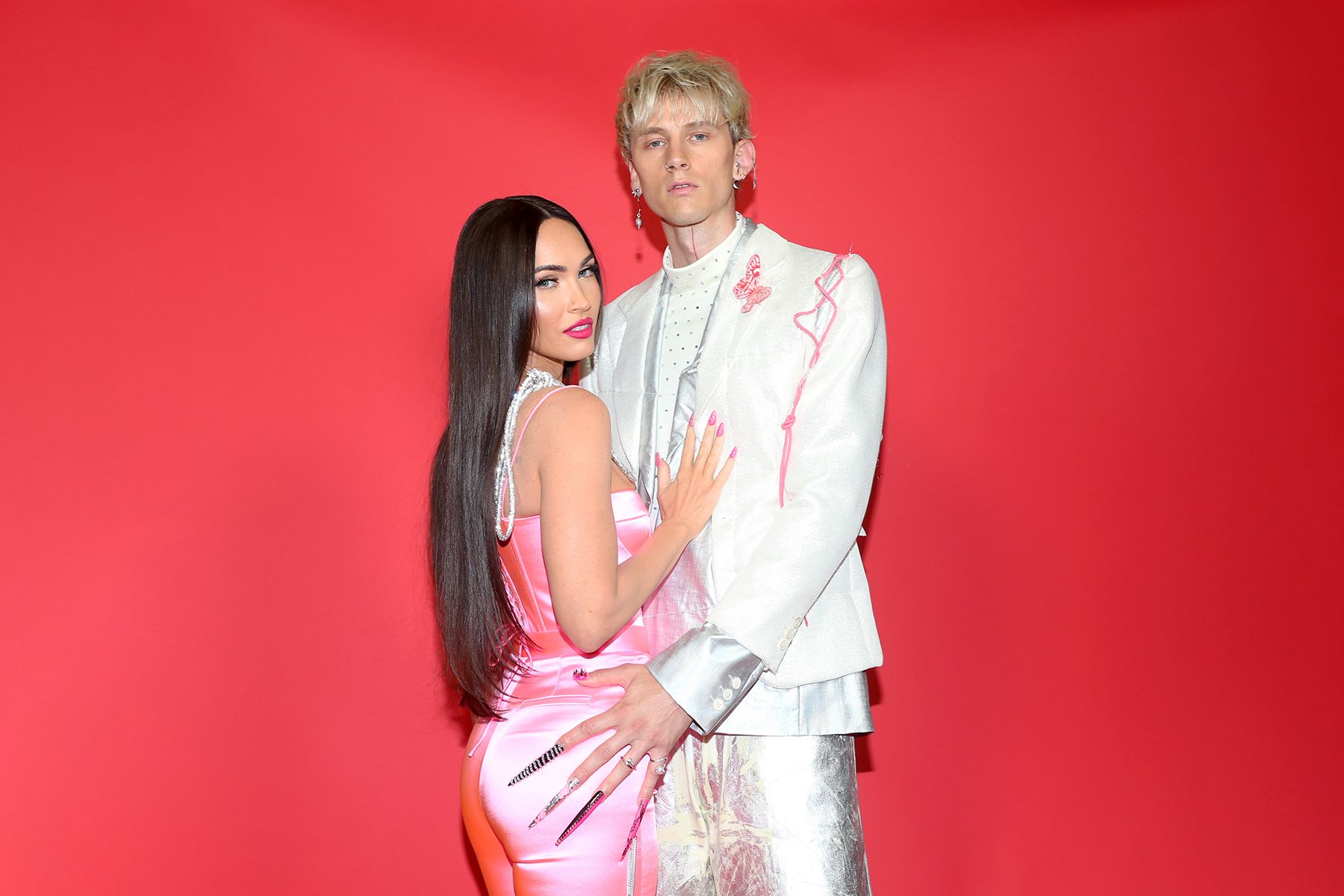 Machine Gun Kelly and Megan Fox are engaged, about a year and a half after making their relationship official. The musician’s proposal on Tuesday featured a banyan tree, a heart-shaped ring with two gems, and, well, a blood pact.

Sharing a video of the special moment on her Instagram, the actress reflected on the moment their relationship became official — under the same tree where he proposed — and “asked for magic.”

“We were oblivious to the pain we would face together in such a short, frenetic period of time. Unaware of the work and sacrifices the relationship would require from us but intoxicated off of the love. And the karma,” she wrote. “Somehow a year and a half later, having walked through hell together, and having laughed more than I ever imagined possible, he asked me to marry him.”

Stevie Nicks Returns to the Fest Circuit for Bonnaroo 2022 With J. Cole and Machine Gun Kelly

In the video, Kelly — in a shiny striped shirt and black pants — gets on one knee and proposes to Fox, who’s wearing a black dress. She then holds her hands to her face before getting on her knees and allowing Kelly to put the ring on her finger. The two then engage in a lengthy kiss.

The pair of rings Kelly chose for the moment holds a special meaning for the pair. Connected by a magnet into the shape of the heart, the ring features her birthstone, an emerald, and his birthstone, a diamond.

“‘Yes, in this life and every life,’ 💍 beneath the same branches we fell in love under, I brought her back to ask her to marry me,” Kelly — whose birth name is Colson Baker — wrote on Instagram along with a video of Fox showing off her ring. “I know tradition is one ring, but I designed it with Stephen Webster to be two: the emerald (her birth stone) and the diamond (my birth stone) set on two magnetic bands of thorns that draw together as two halves of the same soul forming the obscure heart that is our love.”

On his Instagram story, Kelly shared a video of the two falling onto a hotel bed with heart made out of rose petals.

The couple met while she filmed Midnight in the Switchgrass in 2020. They made their relationship official that July. Both artists have been the subject of several interviews where they have professed their deep love for each other.
“She is unlike any person I have ever met in my life,” Kelly told InStyle this summer. “I don’t think people get the opportunity to believe in real, great love, and that’s what we have together.”