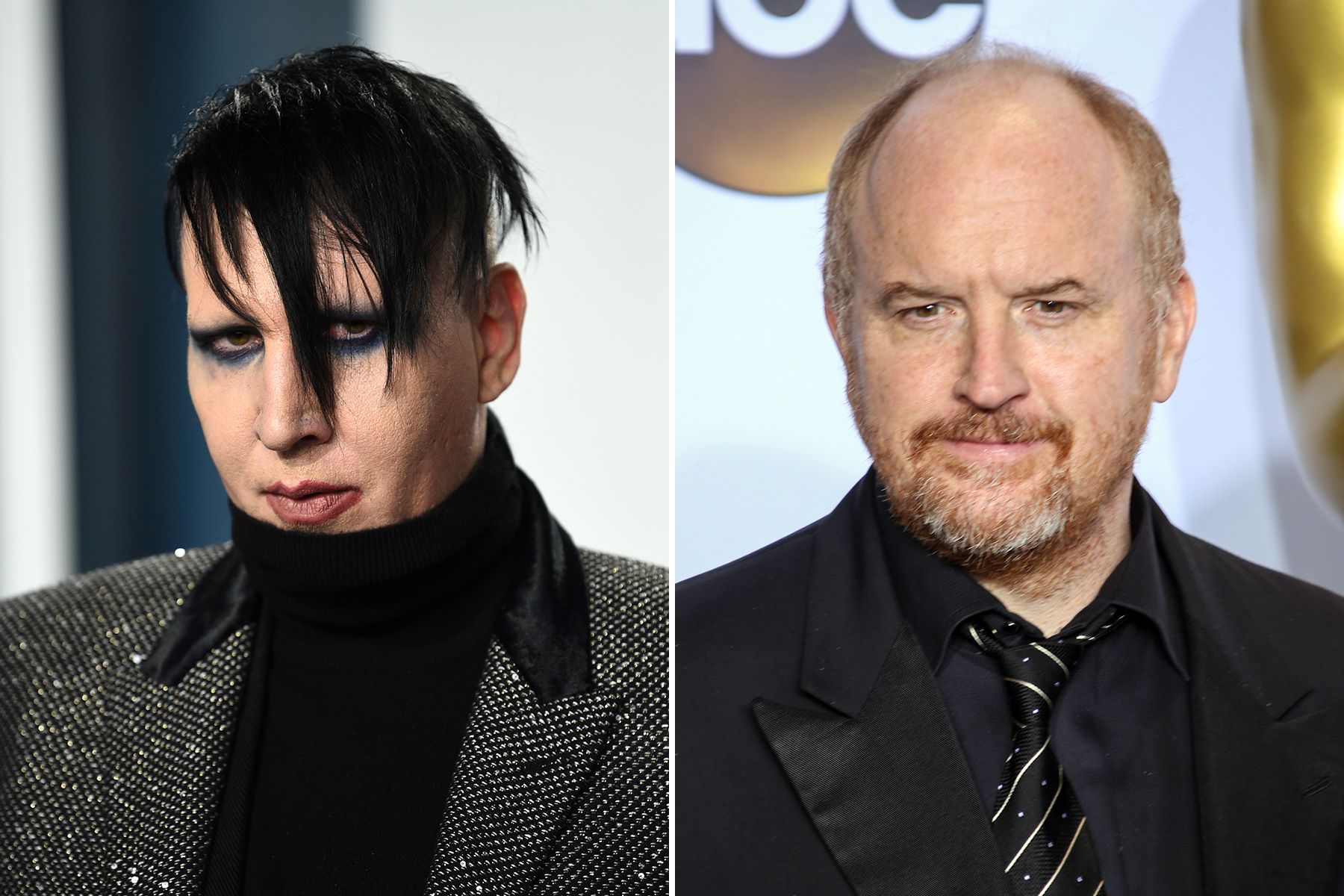 For many music fans and insiders, critiquing the Grammy nominations is an annual pastime. And each year, the Academy seems to find new and interesting ways to wind up observers. When the 2021 nominations dropped last year, the main knock was a complete shutout for the Weeknd. This time around, the issues are a little more complex. There are some noteworthy omissions among the 2022 field — no women in any of the rock categories; no Spanish-language or West African artists in any of the majors — but more concerning than who was left out is who was included. This year’s nominees include Louis C.K., who earned a Best Comedy Album nod, following sexual-misconduct accusations, as well as alleged abuser Marilyn Manson and much-criticized rapper DaBaby (who came under fire this summer for making homophobic remarks onstage), both of whom are nominated for their roles on Kanye West’s Donda. Here’s our guide to the main sore spots.

Marilyn Manson and DaBaby Both Got Nods

A few years after former Recording Academy president Neil Portnow said that women need to “step up” in order to be recognized in the industry, the organization seems to have taken another step back. A mere nine months after more than a dozen women accused Marilyn Manson of sexual and psychological abuse, he’s a Grammy nominee. (The musician has denied all of the allegations.) The singer stands to collect an Album of the Year trophy for his role as both a featured artist and songwriter, credited under his legal name of Brian Hugh Warner, on Kanye West’s 10th album, Donda. (According to Academy rules, all featured artists, songwriters, recording and mastering engineers, and mixers on a given album share in the AOTY nomination and any eventual award.) West has given a spotlight to Warner a couple of times this year, including at his Donda launch and at a Sunday Service religious event; meanwhile Warner is facing four civil suits for alleged sexual abuse. Rapper DaBaby, who faced scrutiny this year for making homophobic remarks at Rolling Loud, is also a featured performer on Donda, as well as the Triple Chucks Deluxe edition of Justin Bieber’s Justice, and would similarly get an Album of the Year trophy if either LP wins.

In the same category, the Academy also recognized Dr. Luke, whose real name is Lukasz Gottwald, for his contributions to the deluxe edition of Doja Cat’s Planet Her. In 2014, singer Kesha sued Dr. Luke for alleged sexual assault. (He has vehemently denied her accusation and countersued the singer for defamation. Lawsuits related to the allegations continue to play out in court.) Gottwald is also up for trophies in the Song of the Year category for Doja Cat and SZA’s “Kiss Me More” and Best Rap Song for Saweetie and Doja Cat’s “Best Friend.”

In another tone-deaf move, the Academy included Louis C.K.’s Sincerely Louis C.K. record among its nominations for Best Comedy Album. In 2017, several women accused C.K. of sexual misconduct, and the comedian released a statement saying the “stories are true.” His film, I Love You, Daddy, was canceled and FX subsequently ended its long-running partnership with him. On Sincerely, he joked about his downfall. “If you ever ask somebody, ‘May I jerk off in front of you?’ and they say yes, just say, ‘Are you sure?’ ” he told the laughing audience, according to a Rolling Stone review. “And then if they say yes … just don’t fucking do it.” Now he’s up for a Grammy.

No Women Were Nominated in Rock Categories …

This year, as in most years in the past half-century, women made lots of great rock music. To name just a few out of many worthy candidates, 2021 saw excellent new releases from Lucy Dacus, Japanese Breakfast, St. Vincent, Wolf Alice, Nancy Wilson, Chrissie Hynde, and Mannequin Pussy. But not a single one of those acts — or any lead performer who isn’t a man — were nominated in any of the four rock categories. The Academy instead showered Dream Theater, Rob Zombie, Foo Fighters, Deftones, Wolfgang Van Halen, Weezer, and Kings of Leon with nominations. They even threw two at the late Chris Cornell for his posthumous covers collection, No One Sings Like You Anymore, Vol. 1. The Academy did nominate St. Vincent and Japanese Breakfast in the nebulously defined Alternative Music Album category, and they gave Japanese Breakfast a well-deserved Best New Artist nod, which may give them a bit of cover, but still … really, Recording Academy?

… and No Spanish-Language Artists Were Nominated in the Major Categories

Spanish-language music continues to be an indisputable force in commercial markets, on global charts, and across nearly every facet of pop culture, yet in the 2022 field, the Grammys have relegated an entire constellation of genres and artists to a designated “Latin” corner, away from major categories — again. It’s a move that feels especially egregious after 2020, when Bad Bunny was the most-streamed artist of the year, and when his third LP, El Ultimo Tour Del Mundo, broke records as the first Spanish-language album to hit Number One. Though Bad Bunny’s album would have been a strong contender for Album of the Year, it’s nominated only under Best Musica Urbana Album. Similarly, while Kali Uchis’ Sin Miedo is also up for Best Musica Urbana Album, her viral and critical smash “Telepatía” didn’t get the Song of the Year or Record of the Year recognition many people thought it deserved. And while Rauw Alejandro had the kind of star-making year that often results in a Best New Artist nod, he too is only nominated under Best Musica Urbana Album, surprisingly for his album Afrodisíaco rather than Vice Versa. Keeping these artists locked out of general categories speaks to the Academy’s trouble acknowledging that Spanish-language music is now firmly a part of the pop mainstream.

Neither Were West African Artists

Wizkid’s Made in Lagos, which featured the stellar hit “Essence,” was only recognized in the frustratingly marginal-seeming Global Music category. Worse yet, despite there currently being a host of ascendant West African artists reimagining the texture of popular music, none of them are up for Best New Artist. Baby Keem is nominated for the award, but not Tems? Something doesn’t add up.

Drake Was Also Shut Out of the Major Categories

Certified Lover Boy certainly wasn’t Drake’s best offering to date, but given the paltry number of hip-hop records nominated for Album of the Year (no J. Cole, no Young Thug), it certainly deserves some credit. After all, CLB did give us the Best Rap Performance–nominated “Way 2 Sexy.” Meanwhile, the almost-unlistenable Donda received a nod. Strange.