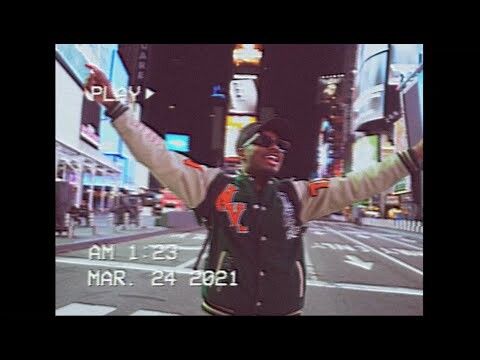 It has all the makings of a classic Queens, NY hip-hop story… Long before he started racking up millions of streams and rocking stages with the likes of T.I., LouGotCash would record raps on his godmother’s answering machine in one of the Borough’s apartment complexes. At just 6-years-old, he began honing the melodic wordplay and powerhouse hooks that would define his sound today.Thrown out of seventh grade, he traded the Big Apple for Warner Robins, GA where he spent his formative years alongside his father: Pretty Lou of The Lost Boyz. Influenced by the likes of 50 Cent, Future, and Drake, LouGotCash recorded early songs in his dad’s car late at night on an iPad. By 2015, he found himself regularly recording in a professional studio paid for by friends who wholeheartedly believed in him. “Pipe Down” [feat. Biz Gotti] became his first banger to crack the 1-million mark. Shows alongside Plies and T.I. followed as a fellow Queens luminary 50 Cent claimed, “The young bull is ready!” During that time, he caught the attention of DJ Self and Gwinnin Entertainment. Shortly after, LouGotCash’s focused and fiery follow-up “Make 10” went on to blast past 1 million streams on streaming platforms within a few months. As the track independently ignited fan enthusiasm everywhere, Gwinnin Entertainment introduced LouGotCash to Republic Records. Upon signing a major label deal, he wasted no time and immediately dove into assembling nis new mixtape Louniversal.