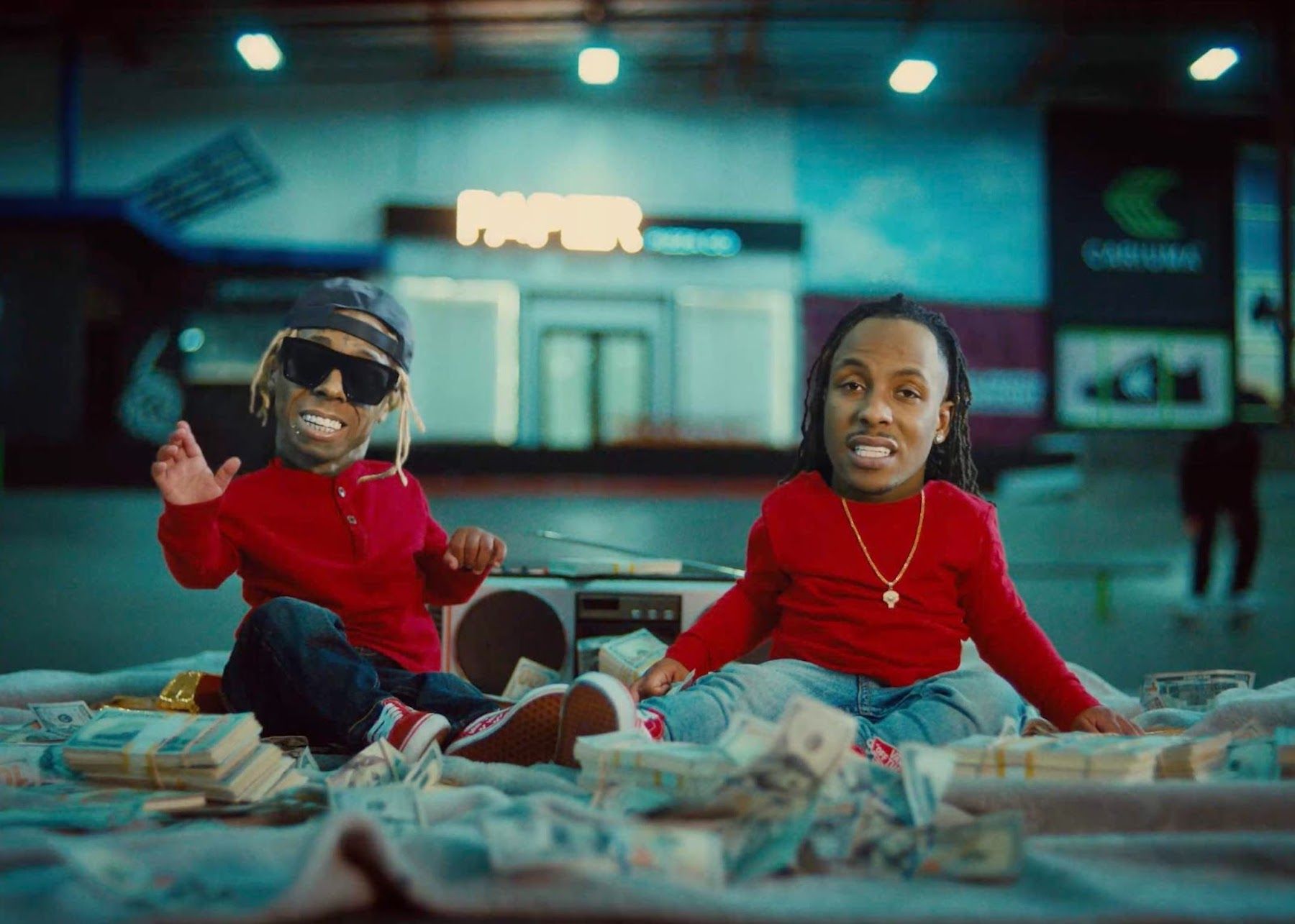 Lil Wayne and Rich the Kid bounce between realities in the music video for their latest single “Trust Fund,” directed by Iann Dior and Trippie Redd collaborator Mooch.

The video sees the pair of rappers at two different skate parks — one in real life and the other in an old-school graphic video game. In between hitting skate tricks, Lil Wayne and Rich the Kid find their heads imposed on much smaller baby bodies while trading bars back and forth.

“First of all, Rich is like my little bro from day one, me and Rich had been rockin’ for years and we always said we were going to do something,” Lil Wayne recently told Zane Lowe. “We might do a song here and there, but we locked it in, got in there, and said we put our mindset and did it. As much as I gave on that, I do that every time I do anything.”

The mixtape is set to receive a limited physical CD release through independent record stores nationwide on Nov. 26 as part of Record Store Day 2021 and Black Friday.