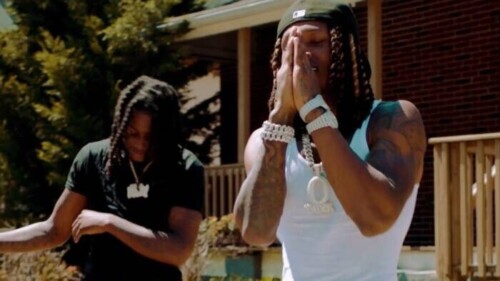 Exploring the turbulent environment of his Chicago home with gripping narratives and fine-tuned details, King Von could tell a story like no other. Today, on what would have been his 28th birthday, Von’s estate shares the video for “Get It Done” ft. OMB Peezy, a hyperactive highlight from the artist’s posthumous album What It Means To Be King. Produced by frequent collaborator Chopsquad DJ, who provides a whirling dervish of piano arpeggios, “Get It Done” is a stern warning from both rappers about what happens to those who cross them. In the video, Von and Peezy get the drop on some would-be attackers before whipping off to a secluded area in a brand new Maserati. “Get It Done” is the latest quality visual to stem from WIMTBK, and the first since March’s “Too Real.”

A labor of love that compiles unheard music from the artist’s oeuvre, What It Means To Be King features contributions from many of the people who knew Von best, including regular producer and collaborator Chopsquad DJ, his “twin” Lil Durk, and fellow O’Block natives like Boss Top and DqFrmDaO, along with street rap heroes like 21 Savage, Moneybagg Yo, G Herbo, and more, making plain the level of respect Von commanded in the rap game at large. Keeping the same ferocious bars of his earlier work, but also hinting at the direction he might’ve taken in the future, What It Means To Be King is home to “Don’t Play That” ft. 21 Savage, one of Von’s most successful singles to date, reaching #40 on the Billboard Hot 100, climbing into the Top 10 of the Hot Rap Songs chart, and compiling 55 million streams on Spotify alone. The album made a massive splash when it debuted in March, reaching #2 on the Billboard 200 behind 59k first-week album-equivalent units sold.

With over 565 million on-demand streams to date, What It Means To Be King puts an exclamation point on Von’s legacy, confirming his status as one of the greatest talents to emerge from Chicago. A worthy follow-up to Von’s GOLD-certified debut Welcome To O-Block, the upcoming album is a bittersweet treat for fans and a moment of closure for those who loved him most. An icon in his neighborhood and the rap game at large, WIMTBK gives King Von’s crazy story the conclusion it deserves.

Taylor Swift On ‘Shake It Off’ Lawsuit: ‘The Lyrics Were Written Entirely By Me’