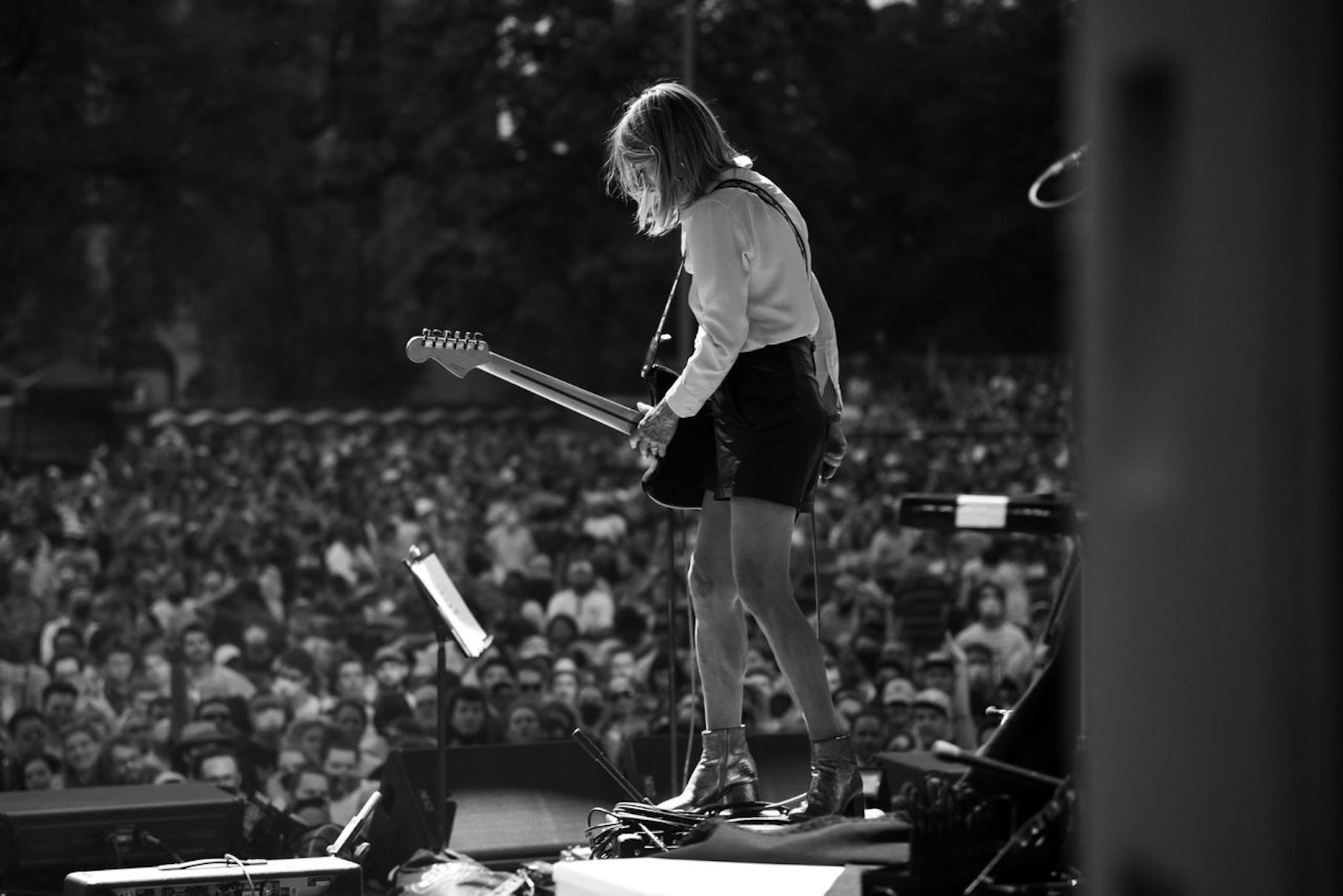 As the U.S. wars over a woman’s right to choose this week, Kim Gordon is out with her first new music since 2019’s No Home Record: “Grass Jeans,” a track whose December sales will be donated to Fund Texas Choice, which provides women in that state with travel to abortion clinics.

The deliciously fuzzy song sees Gordon singing in her distinctive yelp: “Take me downtown/take me downtown/uptown/Take me downtown where they go.” She then continues to intone about the darkness downtown over swirling guitars, as well as a mysterious figure called the shadow.

“I often get asked, ‘Can music change things for people in a political landscape?'” Gordon said in a statement. “Hell yes it can . . . but it takes a listener, an audience to make it anything. So please join me in helping to protect and keep accessible a woman’s right to choose her fate by purchasing this song and supporting Fund Texas Choice and their collective efforts to secure abortion access for all. Thank you. It means so much.”

The former Sonic Youth member dropped her first solo album, No Home Record, in 2019, while also throwing an art exhibit in protest of then-President Donald Trump. “It was inspired by Trump getting elected,” she told Rolling Stone. “It was also inspired by protests, and that things never go away. Here we are dealing with abortion again, and women having control of their own bodies. It’s kind of crazy.”

Three years later, and the song remains the same.