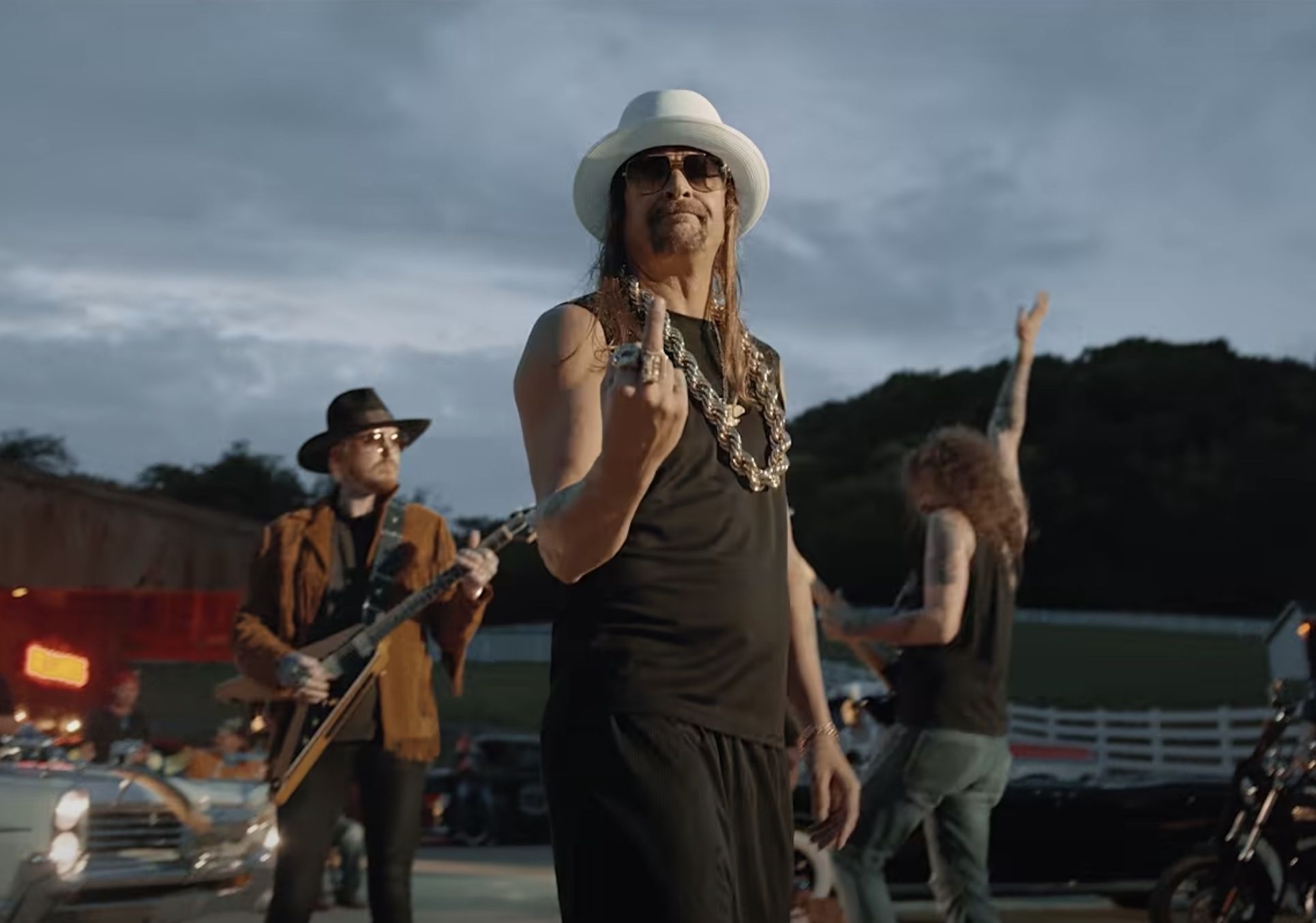 Kid Rock gives a middle finger to the “snowflakes” and “a nation of pussies” on “Don’t Tell Me How to Live,” his first new song following a four-year reprieve from his music.

Despite wearing a shirt that reads “Social Media Sucks” throughout the video, Kid Rock spews a series of verses that read like an angry uncle’s tweets about the libs, complaining about cancel culture, “fake news” and how “every kid got a motherfucking trophy.”

“A nation of pussies is our next generation / And these minions and their agendas / Every opinion has a millennial offended,” Kid Rock raps. “But this Amendment One it rings true / And if you don’t dissent, bitch, then see Number Two.”

However, Kid Rock saves the most offensive verse in the terrible song for last, when he compares himself to the likes of Bruce Springsteen.

Kid Rock last released Sweet Southern Sugar in 2017. Since then, he visited the Trump White House on several occasions, faked a 2018 senate run in Michigan, and became a bar owner in Nashville until his beer license was pulled for flagrantly violating Covid-19 protocols.