A prototype of Kanye West’s Nike Air Yeezy 1 shoe, which he wore at the 2008 Grammys, set a new sneaker sale record when it sold for $1.8 million at a private sale at Sotheby’s.

The sneaker investing platform RARES made the purchase, which reportedly broke the record for the most expensive public sale of a sneaker by almost three times (the previous record holder, per Reuters, was a pair of 1985 Air Jordan 1s, designed and worn by Michael Jordan, which sold in 2020 for $560,000). The Air Yeezy 1 prototype is also the first recorded sneaker sale for over $1 million.

Beyond being a shoe designed and worn by Kanye West, this specific Air Yeezy 1 prototype served as a kind of unofficial launch of West’s serious sneaker ambitions. Although he’d dabbled in fashion before, even designing a shoe for Louis Vuitton, Kanye’s Air Yeezy collaboration with Nike was an unparalleled success. While West’s relationship with Nike ultimately soured, he inked a new partnership with Adidas in 2013, and since then, he’s grown his Yeezy sneaker and apparel business astronomically. Earlier this year, Bloomberg estimated Yeezy is worth between $3.2 billion and $4.7 billion. 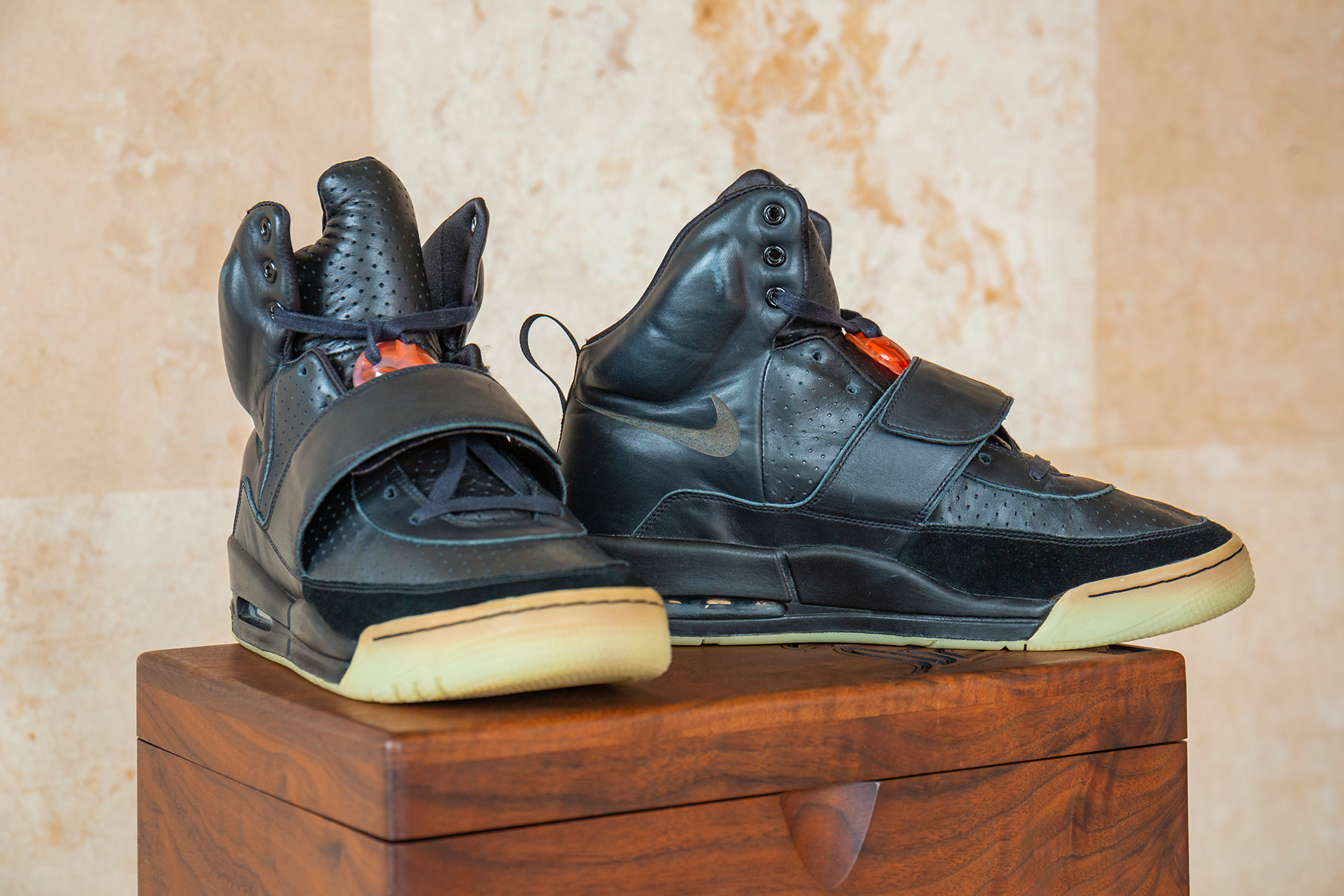 As RARES notes on its website, there had been rumors of a West/Nike collaboration for years, but it wasn’t until West wore the Air Yeezy 1 prototypes at the 2008 Grammys that there was anything resembling proof. West designed the sneaker with Nike’s Mark Smith and Tiffany Beers, taking inspiration from early Air Jordan sneakers while also introducing the strap over the laces that would become the Yeezy signature. Capping it all off, the black leather shoe featured a glow-in-the-dark outsole, which matched West’s Graduation/Glow in the Dark Tour aesthetic.

As a sneaker investment company, RARES is offering people the chance to purchase a small stake in the Air Yeezy 1 prototype. (As the company explained in a release, they buy a sneaker, get interest in the sneaker qualified as a tradable security through the Securities and Exchange Commission, and then divide ownership into fractional shares). Those interested in acquiring a share of the Air Yeezy 1 prototype can reserve a spot on the RARES website.