To commemorate what would have been John Lennon’s 80th birthday, his family selected 36 songs from his solo catalogue and enhanced them for a new box set, Gimme Some Truth. The Ultimate Mixes.

Each of the tracks in the collection — which was executive-produced by Yoko Ono Lennon and produced by Sean Ono Lennon — has been remixed from scratch for what they claim is the highest quality rendition. The collection will come out in a variety of formats on October 9th; it’s available for preorder now.

The deluxe edition of Gimme Some Truth. The Ultimate Mixes will include the three-dozen tunes the Lennons selected across two CDs, as well as a Blu-ray audio disc with the music in high-definition stereo, 5.1 surround sound and Dolby Atmos mixes; it also includes a 124-page book, poster and two postcards — including one that shows Lennon’s letter to the Queen as he gave back his MBE recognition. Gimme Some Truth will also be available in single-CD and double-CD formats, double and quadruple LP, and digitally.

The Lennons are previewing the collection with the “ultimate mix” of “Instant Karma! (We All Shine On).” The remix sounds clearer than the original, which was a bit muddy, and John’s voice sounds crisp, where the single mix was sometimes distorted. Alan White’s syncopated drumming also stands out more on the remix.

“John was a brilliant man with a great sense of humor and understanding,” Yoko Ono Lennon wrote in the Deluxe Edition’s book. “He believed in being truthful and that the power of the people will change the world. And it will. All of us have the responsibility to visualize a better world for ourselves and our children. The truth is what we create. It’s in our hands.”

Audio engineer Paul Hicks, who handled the remixes of Imagine – The Ultimate Collection oversaw each of the new renditions for Gimme Some Truth, with assistance from engineer Sam Gannon. They used new transfers from the original tapes and mixed the songs in analog at Los Angeles’ Henson Recording Studios; engineer Alex Wharton mastered them in analog at Abbey Road. Wharton also mastered the vinyl release at Abbey Road.

“Yoko is very keen that in making The Ultimate Mixes series we achieve three things: remain faithful and respectful to the originals, ensure that the sound is generally sonically clearer overall and increase the clarity of John’s vocals,” Hicks wrote in the Deluxe Edition book. “‘It’s about John,’ she says. And she is right. His voice brings the biggest emotional impact to the songs.”

The tune “Instant Karma,” incidentally, came out in February 1970, a couple of months before the Beatles announced their breakup. The track got Lennon on Top of the Pops, according to Rolling Stone’s latest cover story chronicling the Beatles breakup, and that event marked the first time a Beatle had appeared on the program solo. “I wrote [the song] for breakfast, recorded it for lunch and we’re putting it out for dinner,” Lennon remarked. 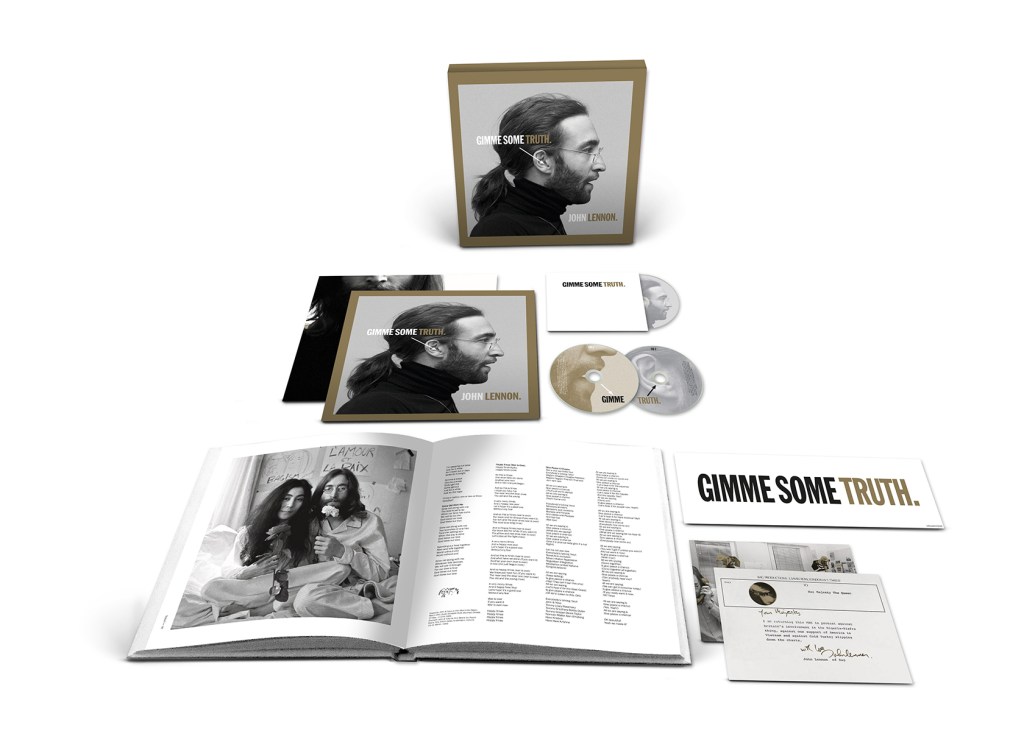 All of the above thirty-six tracks, available in high-definition audio as: