Vanguard Records is the focus of the next Vinyl Me, Please Anthology series, with the vinyl subscription service highlighting six essential albums from the legendary folk label in a limited edition box set.

VMP Anthology: The Story of Vanguard will house reissues of the Weavers’ At Carnegie Hall, Odetta’s My Eyes Have Seen, Joan Baez’ 1960 self-titled album, Buffy Sainte-Marie’s It’s My Way!, Doc Watson’s 1964 self-titled LP and Skip James’ 1966 album Today! Each album is pressed on AAA 180g multi-colored vinyl from the original mono master tapes from the Vanguard vaults. Limited to 1,000 copies, the boxset is available to preorder now at VMP.

“The folk explosion of the ‘50s and ‘60s had an incredible impact on pop culture and musical history, its ripples still reaching shore 70 years later,” VMP’s Andrew Winistorfer said of the collection.

“And it’s not just in the songs, the artists, and the incredible stories: Folk in the ‘50s was in many ways the first youth-oriented pop culture movement, as a generation of kids picked up acoustic guitars and tried to will a better world into existence via the power of song. And, for a while, they succeeded, thanks to Vanguard, a label that realized that the kids and their guitars were making music of lasting social importance, and recorded a who’s who of folk performers in the late ‘50s and early ‘60s. Serving as a chronicler of folk music, Vanguard is virtually unparalleled, and we’re honored to present these six albums in a new, deluxe way.”

Like previous VMP Anthology releases — including box sets dedicated to the woman of Motown, Stax Records and the Grateful Dead — each album is accompanied by extensive liner notes, as well as a multi-episode podcast series that takes listeners through the history of Vanguard and the respective albums. 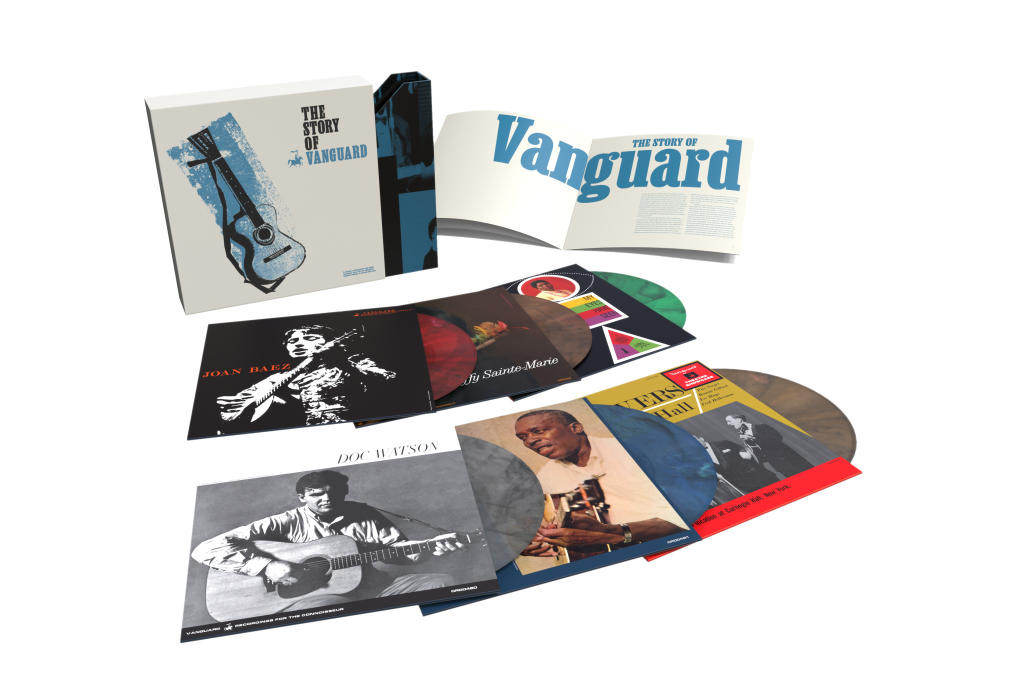