Jay-Z will celebrate the 25th anniversary of his debut album, Reasonable Doubt, by minting and selling his first non-fungible token.

For the NFT, Jay-Z tapped artist Derrick Adams to create a one-of-a-kind animated digital piece inspired by the Reasonable Doubt cover. The new piece is titled Heir to the Throne, which was originally supposed to be the title of Reasonable Doubt.

The Heir to the Throne NFT will be auctioned off online via Sotheby’s. Bidding starts at $1,000, and the auction will run from today, June 25th, to July 2nd at 10 a.m. ET. A portion of the auction proceed will benefit the Shawn Carter Foundation. 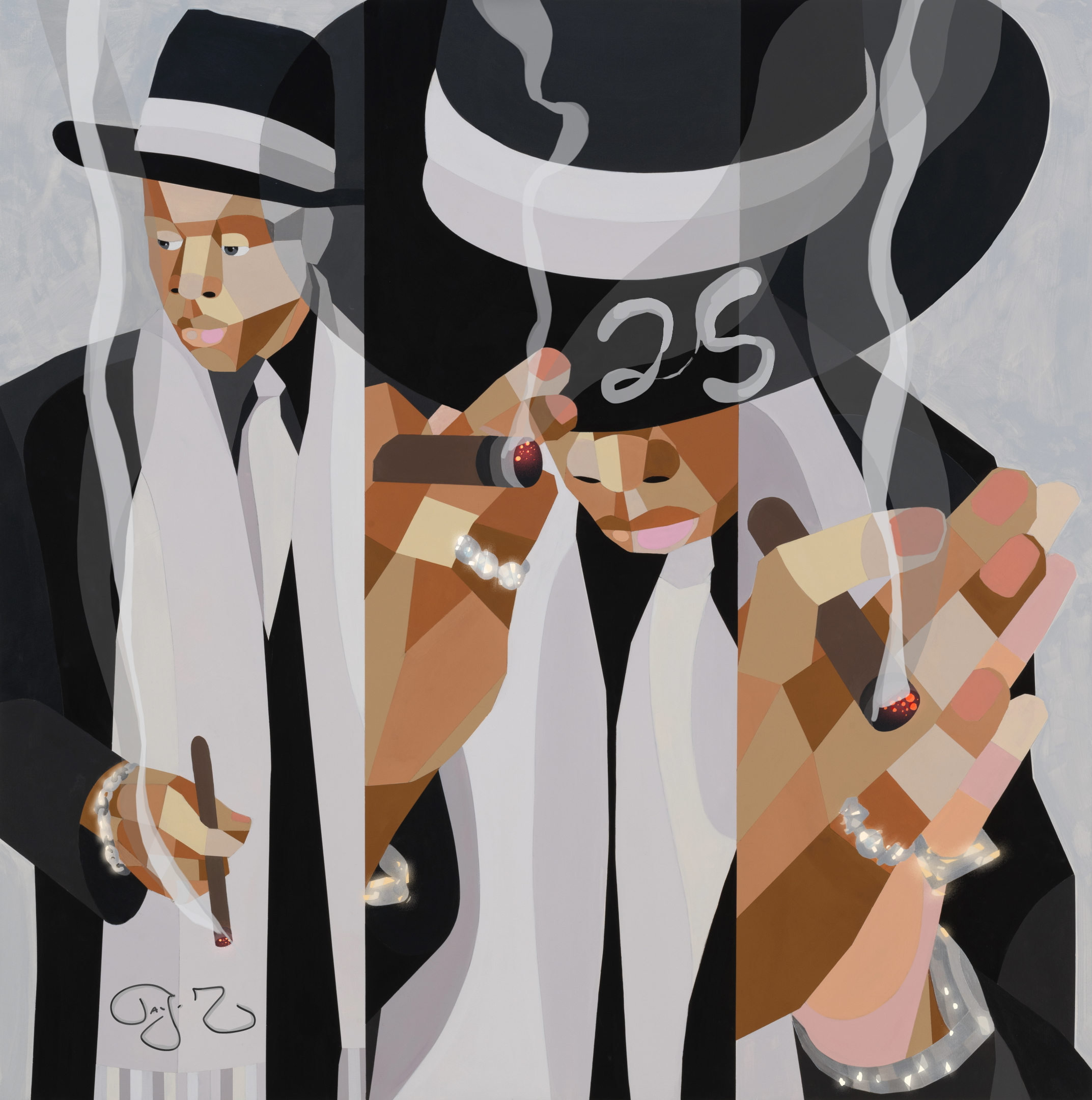 Derrick Adams’ ‘Heir to the Throne’

“Over the years Jay has collected and supported my work, and so this collaboration is particularly fulfilling,” Adams said in a statement. “With this NFT project, we jointly embrace the opportunity to further the conversation about how artists of different mediums contribute to a more inclusive society. Jay’s album Reasonable Doubt changed the game 25 years ago, and continues to influence so many of us. It tells the story of someone from Brooklyn occupying the urban space — a place that is as central to my own work as it is to his. My portraits aim to capture the sensibility, optimism and beauty of urban life, and in Jay’s work I’ve found tremendous kinship.”

The announcement of Jay-Z’s Reasonable Doubt-inspired NFT comes on the heels of a spat with former Roc-A-Fella Records co-founder Dame Dash, whom the label recently sued for allegedly trying to sell the actual album Reasonable Doubt as an NFT. Dash, however, denied the claims, stating instead that he was trying to sell his remaining shares in Roc-A-Fella. On Tuesday, a court sided with Roc-A-Fella, prohibiting Dash from minting and selling the album as an NFT.